T.R. Knight left Grey’s Anatomy four years ago, but still has great friendships with some of his co-stars from the show. They all joined him to celebrate the most special day of his life. 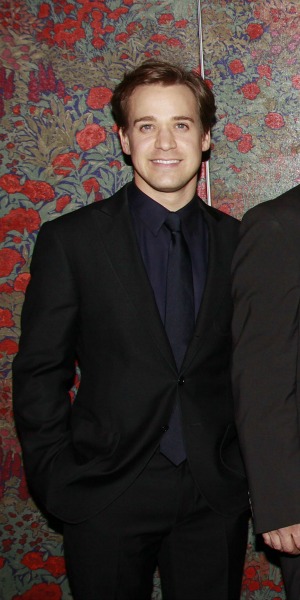 T.R. Knight is the latest Grey’s Anatomy star to tie the knot! Knight married his longtime boyfriend, Patrick, Friday, Oct. 4, according to Us Weekly.

“It [was] very small and quiet,” a source told the magazine.

Knight was on Grey’s from 2005 to 2009, and is currently playing Mercutio in an off-Broadway production of Romeo & Juliet.

“[The] cast wishes they could go too, but they all congratulated him,” the source said of his R&J co-stars, which include William Hurt and Elizabeth Olsen.

Knight came out in 2006 while he was still on the show, but didn’t want it to be the most important thing about him.

“I guess there have been a few questions about my sexuality, and I’d like to quiet any unnecessary rumors that may be out there,” Knight told People at the time. “While I prefer to keep my personal life private, I hope the fact that I’m gay isn’t the most interesting part of me.”

The actor had some famous friends in attendance. Grey’s Anatomy co-stars Katherine Heigl and Kate Walsh both attended the nuptials. Heigl tweeted a photo of herself along with a friend, saying she was attending a friend’s wedding in upstate New York.

Heigl also posted photos from a photo booth at the reception along with her husband and some friends.

The actress left Grey’s Anatomy only a year after Knight did.

Heigl has been involved in a bit of controversy lately after being called high-maintenance. Her Grey’s Anatomy co-star Ellen Pompeo added her two cents about Heigl’s departure and the direction her career has gone since then.

“When Katie left, it was tough,” Pompeo said of her former co-star. “You could understand why she wanted to go — when you’re offered $12 million a movie and you’re only 26. But Katie’s problem is that she should not have renewed her contract. She re-upped, took a big raise and then tried to get off the show. And then her movie career did not take off.”

No word yet from the happy couple, but it’s good to know the show has created some great friendships.