From heroin-addicted model to glowing new mom, Jaime King welcomes a baby boy, James Knight Newman. This is the first child for King and her husband of six years, director Kyle Newman. 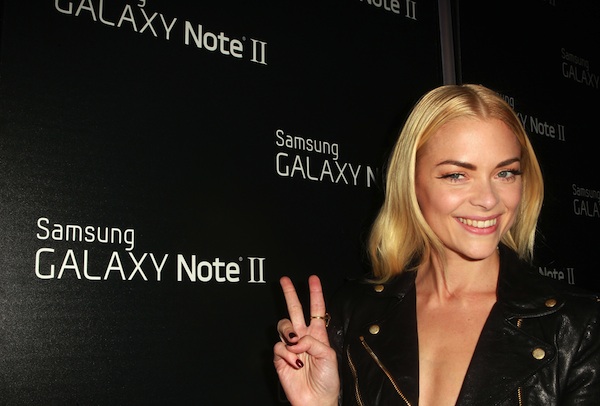 King and her husband Kyle Newman welcomed their first child Sunday evening and happily shared their exciting baby news over Twitter and Instagram.

Around 11 p.m., Jaime King’s husband sent out the most adorable picture of newborn James via Instagram with the caption, “Nice to meet you! #FATHER #IMADAD #BABYTIME @jaime_king is doing amazing! The most incredible feeling.”

Just a few days earlier, Jaime King posted a photo of James Knight Newman’s beautiful and unique nursery. A gorgeous and simple wood crib filled with plush pillows and blankets sits underneath a framed Vivienne Westwood tapestry rug of Great Britain that currently retails for over $4,000.

Fame found Jaime as model nearly two decades ago as she landed countless magazine covers and walked for major couture fashion houses throughout her teenage years. After dropping out of high school at 14 to pursue modeling full time, King spent much of the late 1990s as an in-demand model for Vogue, Allure, Seventeen, Cosmopolitan, and Harper’s Bazaar.

King entered rehab in 1997 after several years as a heroin addict, after the death of her boyfriend, 20-year-old David Sorrenti. King told the New York Times in 1996 that her small-town upbringing contributed to her partying phase.

“When you first go to New York after living in Omaha your whole life, you realize how sheltered you are,” said Jaime. “And so I went out and I partied, and I got myself into a little trouble. I came to a point where they were getting ready to send me home. I was missing planes, I was screwing up jobs.”

In 2007, Jaime King fell in love with Kyle Newman — a director almost 10 years her senior. The pair was married that same year at the luxurious Greystone Mansion in Beverly Hills, California, the very same spot where King and Newman had their first date just three months earlier.

Congratulations to Jaime King and Kyle Newman on the birth of their first child. We wish the happy couple all the best during this exciting time in their lives.