Alicia Keys believes in aliens and would like to be abducted by them, but she has some very specific requirements for the types of aliens. 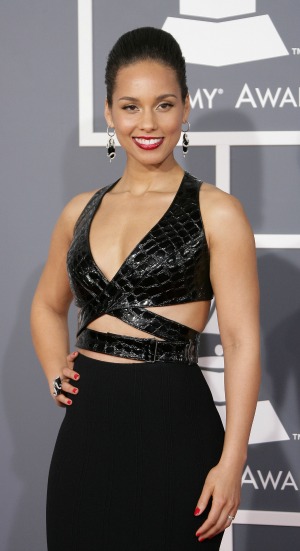 Alicia Keys believes there is something out there, and she wouldn’t mind meeting it. The singer sat down with Buzzfeed to talk about her belief in extraterrestrials and her stipulations for allowing them to abduct her.

“Yeah, I’ve met some serious aliens in my life, for sure,” she said. “I’m sure you’ve seen a UFO. Haven’t all of us seen something flying in the sky, and it’s at some random time of night that doesn’t make sense, and it’s not the shape of a plane?”

Keys didn’t offer any additional proof of the existence of extraterrestrials, but said she would totally go “if an alien wanted to take [her] to space,” but only if it was the right situation.

“I would have to feel the alien’s vibe,” Keys said. “It had to be the right vibe. If it was one of those crazy, nutso dudes my brother watches — he always wants me to watch these movies with him and I’m like, ‘No!’ — I wouldn’t go with that one.”

Keys, whose last album was released nearly a year ago, added that she believes aliens are living among us now.

Besides her vast knowledge of alien races, Keys also offered some insight into her hobbies and her fears.

She explained that if she could be anyone but herself, she’d want to be a cast member of Cirque du Soleil, but that dream may be hampered by her fear of heights.

The singer embarks on an international tour next month, and also executive-produced the new film The Inevitable Defeat of Mister and Pete, out on Oct. 11.