Annie Lennox, Shirley Manson, Sia and Amanda Palmer took to the internet with some opposing viewpoints on the Miley Cyrus/Sinead O’Connor feud. 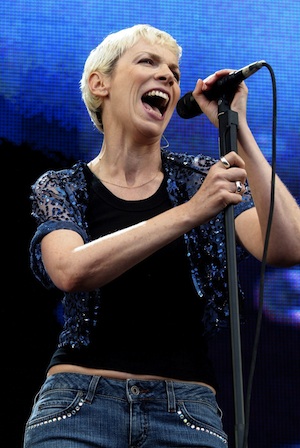 Now that the Sinead O’Connor/Miley Cyrus feud has (hopefully) come to an end, other female singers have entered the fray with their own commentary on women in music.

The Eurythmics’ Annie Lennox has taken to Facebook to explain her outrage at the current state of music.

She writes, “I have to say that I’m disturbed and dismayed by the recent spate of overtly sexualised performances and videos. You know the ones I’m talking about.”

But we also know that Miley Cyrus isn’t the only culprit here. Rihanna just released a video that puts anything Cyrus has done to shame. And Britney Spears has come out saying that her new video for “Work B****” is too sexual and she doesn’t approve.

Annie Lennox knows, however, that her disapproval is not in the hands of a bunch of 20-something females. Rather, the blame rests much higher up.

Lennox goes on to state, “As long as there’s booty to make money out of, it will be bought and sold.”

Sia also entered the discussument (it’s our new word for discussion/argument) with a tweet about the meaning of feminism. Clearly directed at Sinead O’Connor, Sia wrote a nice “Love you” to Miss Miley before posting the following: 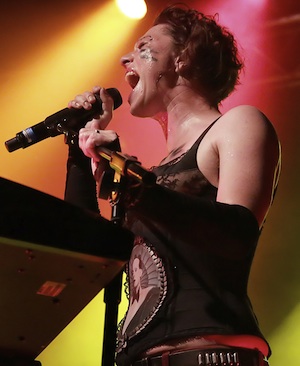 In a quite lengthy letter to Sinead O’Connor, indie rock/performance artist Amanda Palmer (who repeats over and over that she is a huge fan) thinks O’Connor’s original letter to Cyrus was a bit off-base.

She writes, “Being a female musician/rockstar/whatever is a pretty f***ing impossible and mind-bendingly frustrating job. Our male counterparts are given a way wider playing field than we are. It’s a Chinese finger trap that reflects the basic problems of our women-times: we’re either scolded for looking sexy or we’re scolded for not playing the game.

“Miley is, from what I can gather, in charge of her own show. She’s writing the plot and signing the checks, and although I think it’s tempting to imagine her in the board room of label a**holes and management, I don’t think any of them masterminded her current plan to be a raging, naked, twerking sexpot. I think that’s All Miley All The Way.”

Palmer, who has in the past been deemed too racy by her label, goes on to explain that as women, we can’t be fighting the good fight at the expense of each other.

“In other words, let’s give our young women the right weapons to fight with as they charge naked into battle, instead of ordering them to get back in the house and put some goddamn clothes on.” 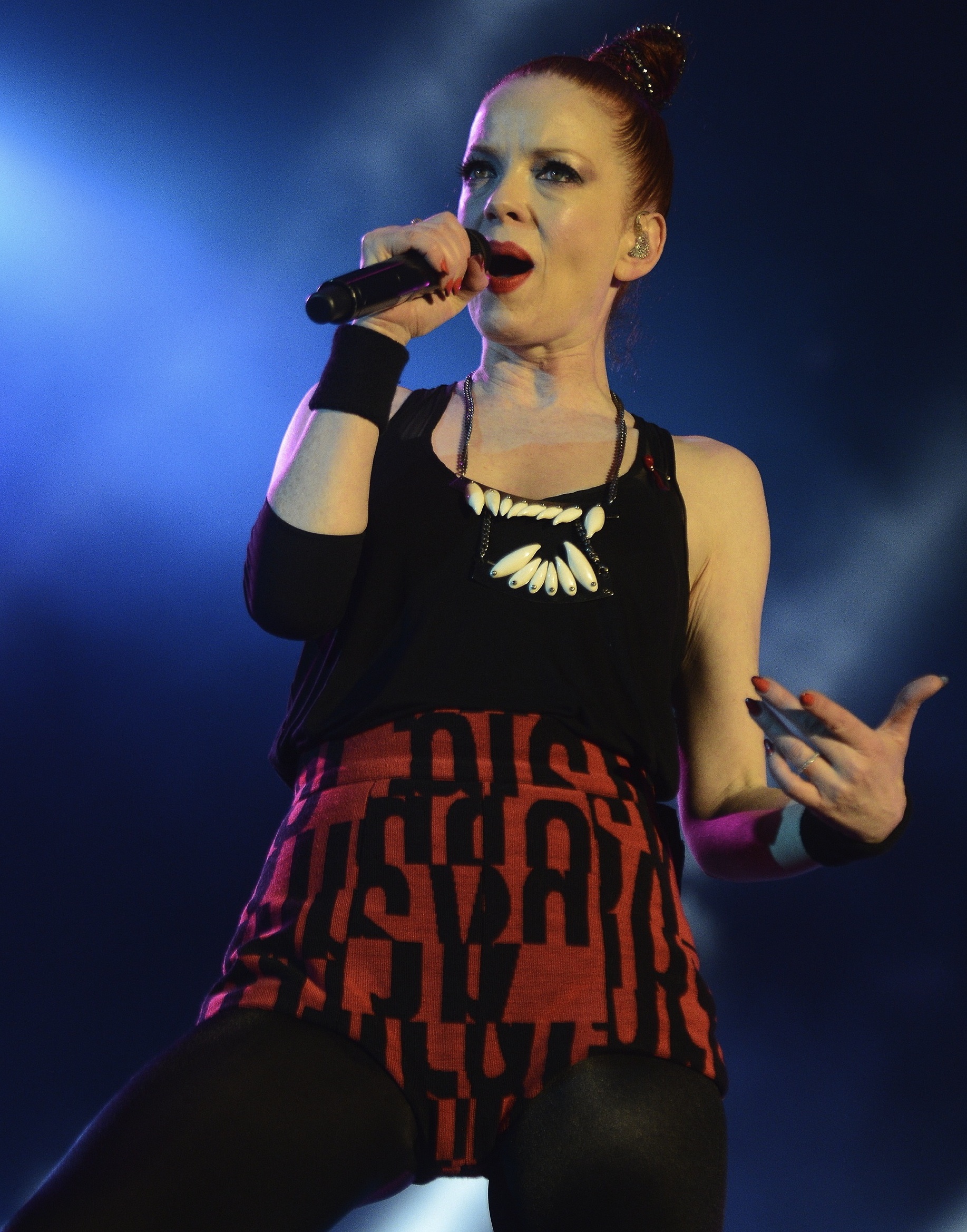 Garbage front woman Shirley Manson posted her thoughts on Facebook as well. And needless to say, she’s a bit confused as to what to think — as probably we all are.

So what’s the problem with Cyrus or Rihanna doing what they do? It’s their decision, right?

Shirley turns the tables and states, “I found myself wondering whether everyone cheering women on for exploring their sexuality so freely in public and ‘owning’ their bodies would be quite as enthusiastic if forced to endure male performers freely enjoying themselves and their own physical attributes on stage or whilst performing in videos. All the while wearing nothing but thongs.”

She goes on to paint some quite hilarious pictures.

But do we want Harry Styles on the front cover of Vanity Fair completely nude, referencing Amor Victorious by Caravaggio?

Drake touching himself ‘down there’ on the front cover of Rolling Stone magazine whilst sticking his tongue out suggestively?

Not necessarily a particularly bad idea but maybe also a wee bit silly?

Get Drake on the phone. We may have our new Rolling Stone cover.

Harry Styles twerked it out at Teen Choice Awards >>

Who’s right? Who’s wrong? Or are you just more confused than ever? Let us know your take in the comments below.