Sure, the performance was loud and barely clad, but for someone whose fame is based on shock value, Miley Cyrus’ appearance on Saturday Night Live was mild. 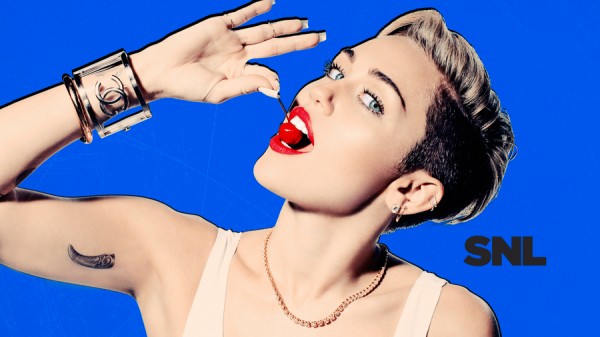 I’m not saying you should uncover your children’s eyes when it comes to videos of Miley Cyrus hosting and performing on SNL this past weekend, just that Cyrus didn’t go to any new extremes during the show. Clearly, after humping a wrecking ball naked, you’ve made it to the top, and shown all of the sexual freedom you can muster. What’s a girl to do after that but just have fun? And smoke a lot of… cigarettes. That seems to be the sentiment in Cyrus’ SNL performance, at least.

Here are the top moments:

1. She’s still sticking out her tongue

2. Michele Bachmann, unlike Cyrus, “did stop (the government)”

3. Fifty Shades of Grey auditions with Cyrus as Scarlett Johansson

6. She reminded us that she can actually sing

7. She wore more clothing (despite being sheer) than we’ve seen her in in months

9. Bobby takes on the wrecking ball… naked (my personal favorite moment of the night)