Months before her Vegas show, Britney is already facing critics who say she won’t really be singing. But she has been in the industry long enough not to let rumors bother her. 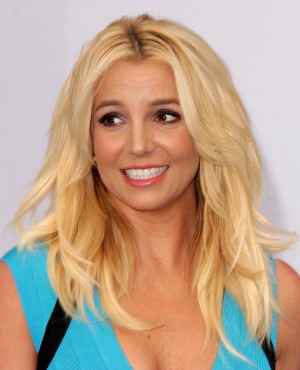 More than two months before her Vegas show is set to begin, Britney Spears is already dealing with a mini scandal. A couple of weeks ago, the New York Daily News reported that Spears would be lip-syncing at her shows.

“Britney does not sing,” a source reportedly told the newspaper. “She is being paid a lot of money to lip-sync. Her fans are none the wiser, but it is disingenuous of her to take their cash and not deliver a proper performance.”

The source added that lip-syncing during shows is not exactly new in the industry.

“If the crowd thinks they are being cheated then there is likely to be an uproar, but then again look at the success of Cirque du Soleil’s Michael Jackson shows. The performers in that production don’t sing live, and it has been a runaway success.”

But Spears took to the radio airwaves this week to dispel any rumors about possible lip-syncing during her Vegas residency.

“I’m definitely going to be singing live,” Spears told KISS FM in Chicago. “I always sing live. It doesn’t sound so great all the time, but I do my best.”

Although she promises to sing live at the shows, Spears’ manager told Billboard most artists do use a vocal backing track during concerts.

“She does choreography and vocal coaching every day,” he said.

The singer was faced with another controversy recently, when she said that because she’s a mom, she feels her sexuality is being pushed too far.

“I cut out half the video because I am a mother and because, you know, I have children,” Spears recently told E! News. “It’s just hard to play sexy mom while you’re being a pop star as well.”

Despite the made-up controversy already surrounding Spears’ show, she is looking forward to the two-year residency.

“We wanted the environment to be that way so people could come and have a good time and stand up and feel like they’re in the show with me,” Spears said during her announcement. “I love Vegas. The energy here is really, really good.”