Ellen Pompeo has stayed silent for years about the dramatic departures of cast members Isaiah Washington and Katherine Heigl, but she’s finally talking in a new interview. 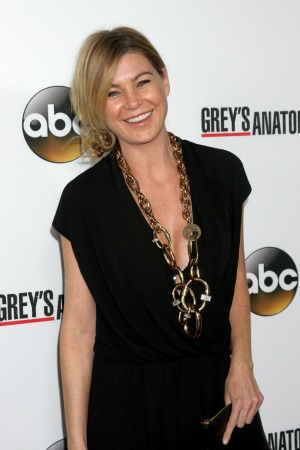 Grey’s Anatomy is celebrating its 200th episode this season, and one particular cast member is opening up about the early-season dramas with Isaiah Washington and Katherine Heigl. Ellen Pompeo dished the details in a new interview with the New York Post.

The first surprise the 43-year-old actress revealed was that Patrick Dempsey was not the show’s first choice to play handsome Dr. McDreamy.

“You know they wanted Isaiah Washington to be my boyfriend. Shonda [Rhimes] really wanted to put a black man in the mix. I didn’t think they were really going to put an interracial couple on the show and I didn’t want him. It was too close to home,” said Pompeo, who is married to African-American music mogul Chris Ivery.

It was the ABC star who pushed for Dempsey to slide into the role of Dr. Derek Shepherd as the tumultuous soul mate of Dr. Meredith Grey.

Pompeo shared, “I said I wanted that Dempsey kid. I think that once Isaiah did not get the role it backfired.”

It was Washington who caused internal strife on set and backstage at the 2007 Golden Globe Awards when he used an anti-gay slur against cast mate T.R. Knight. The actor recently spoke about the incident to HuffPost Live and how it affected his career.

Katherine Heigl difficult to work with and “not worth it” >>

As for Heigl, Pompeo felt her departure in 2009 was “tough” but understandable.

She said, “You could understand why she wanted to go — when you’re offered $12 million a movie and you’re only 26. But Katie’s problem is that she should not have [extended] her contract. She re-upped, took a big raise and then tried to get off the show. And then her movie career did not take off.”

The mother of one decided to take the high road when things became difficult on set.

“Hurt feelings, combined with instant success and huge paychecks started things spinning out of control. The crazier things got, as I watched all the tumult with Isaiah and then the Katie thing, I started to focus on the work. Maybe it is my Boston, blue-collar upbringing. I just tried to not pay attention to all the noise around me,” she explained.

One thing is for certain for the network star: She knows that her steady Grey’s Anatomy job has been worth it every step of the way.

“Actors always think the grass is greener somewhere else — I didn’t want to do that,” Pompeo said. “I have an amazing life. I have a house five minutes from the studio, I have a house in the Hamptons, a house in Malibu, a beautiful daughter whom I see every night, and it’s all because I didn’t leave Grey’s Anatomy.”