Vanity Fair has released its 2013 list of the most powerful people in business. Jay Z and Beyoncé are in the top spot, in a big leap from last year. 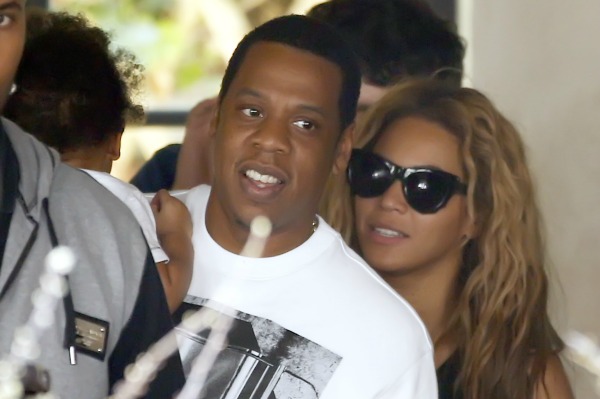 Vanity Fair has released a list touting “The New Establishment 2013,” and at the top of the list for “The Powers That Be” are Jay Z and Beyoncé. While that doesn’t surprise many, the couple has certainly packed a lot of monumental events into the first nine months of 2013.

The power duo moved up from last year’s eighth place to the No. 1 spot by combining their music careers with other ventures. Jay Z pulled a coup by making his album Magna Carta Holy Grail go platinum after he signed a pre-order contract with Samsung. The music mogul has managed to make the digital revolution a profitable one for him.

Beyoncé was hard to miss earlier this year due to her HBO documentary, her halftime performance at the Super Bowl, several high-profile endorsement deals like with Pepsi and H&M and her sold-out world tour. The former Destiny’s Child singer proved she was a force to be reckoned with.

The 43-year-old dad to Blue Ivy is taking his next big step in the sports world. Roc Nation, Jay Z’s entertainment company, is going to represent athletes for contracts and endorsement deals. He had to sell his share in the Brooklyn Nets to comply with the players’ association rules.

Other fun tidbits about the couple were revealed in the article, including Jay Z’s favorite cereal, Cap’n Crunch. The duo also confirmed that 32-year-old Beyoncé has a full-time videographer on staff to document her very busy world.

It sounds like a pretty spectacular life in the Carter household.

Other notable names making the list include New York City mayor Michael Bloomberg at No. 2, Bob Iger from The Walt Disney Company in the No. 4 spot and Jenna Lyons of J.Crew joining the list for the first time at No. 9.