AMC’s other Sunday show comes to an end this week with a two-hour finale. Will anyone be around to tune in without Breaking Bad warming up the viewers? 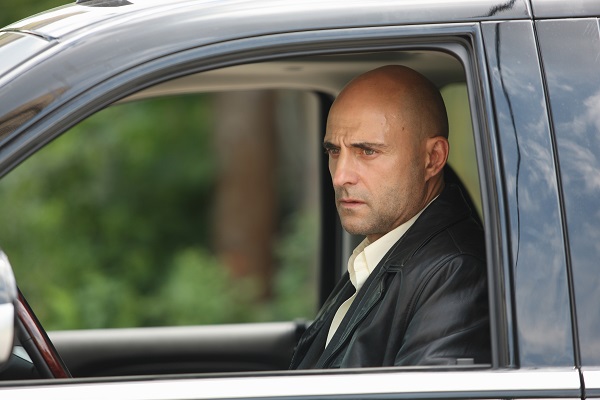 Low Winter Sun may be in trouble. AMC knew the show would suffer after the finale of Breaking Bad and thus gave last week’s airing of the episode “Revelations” an online kick-start. That was a good idea because the numbers on Sunday proved it was seen by a mere 0.871 million viewers in its temporary time slot. Yikes!

Even more concerning is the lack of promotional materials for the upcoming season finale. Touted as a two-hour show, it’s actually two separate episodes airing on one night — “Ann Arbor” and “Surrender.” AMC has graciously posted on its site a clip of the first episode, and we’re sharing it with you below. One of the “sneak peek” photos is featured above. Reveals quite a lot, doesn’t it?

Want television news delivered to your inbox? We have a newsletter for that! >>

I really don’t know whether Low Winter Sun can be salvaged at this point. If the network doesn’t seem interested in bringing viewers to the party, why should we bother to invest any more time in a show that’s weighed down by a heavy plot that twists itself more tightly every week and unhappy characters who take themselves too seriously?

What could Low Winter Sun do to turn itself around?

Check out the video for “Ann Arbor” below and try to guess what “Surrender” might hold. Here’s hoping viewers get some sense of satisfaction at the end of it all. Don’t forget: Low Winter Sun starts its finale at 9/8c.