David Letterman is staying on CBS. Fans will see him on the air at least through 2015. 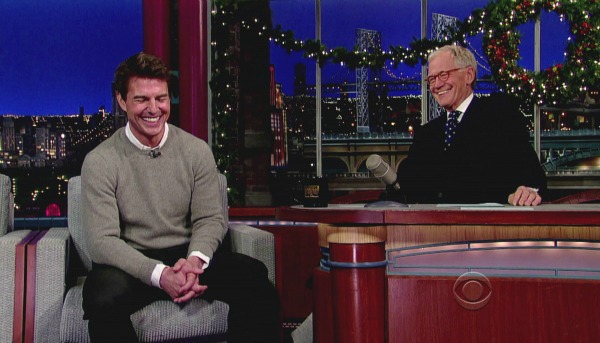 The late-night wars are continuing to heat up, but David Letterman isn’t going anywhere. He’s staying on CBS since the network has renewed his contract through 2015.

In a press release on Friday, CBS CEO Leslie Moonves said, “There is only one Dave, and we are extremely proud that he continues to call CBS ‘home.'”

Letterman quipped back in his own statement, “Les and I had a lengthy discussion, and we both agreed that I needed a little more time to fully run the show into the ground.”

VIDEO: Adam Sandler attacked by a cheetah on safari >>

CBS publicly supported the talk show host with whatever decision he wanted to make about his new contract. The network really wanted him to stay, and it certainly wasn’t pushing him toward retirement the way NBC has with Jay Leno.

The Late Show with David Letterman has been very successful for both parties. The show is now in its 20th year, and it has garnered 73 Emmy nominations. The crew has won nine Emmys over the course of two decades.

Over at NBC, the landscape is a bit different. The network has dictated two forced retirements on Leno, who is still at the top of the ratings. The first retirement was a public-relations disaster, with replacement Conan O’Brien eventually being replaced by his predecessor.

In early 2014, Leno will be replaced by Jimmy Fallon, and Saturday Night Live “Weekend Update” host Seth Meyers will slide into Fallon’s spot.

That’s a lot of shuffling in late night, but Letterman is happily staying put.