Roseanne Barr is furious over a joke on Two and a Half Men that seems awfully familiar, and now she’s threatening to sue. 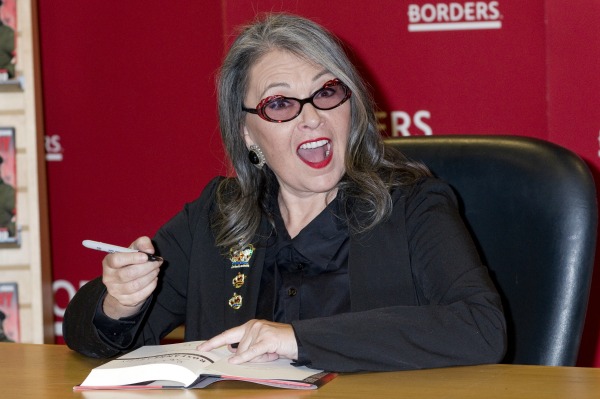 Hell hath no fury like a Roseanne scorned. The sitcom star is absolutely livid after hearing one of her original jokes come out of Ashton Kutcher’s mouth on Two and a Half Men without her permission.

Barr directed her anger at both Kutcher and show creator Chuck Lorre, who was a writer on Roseanne for several seasons.

“Friends told me that ashton kuchner [sic] is stealing my jokes without any sense of being conscious of being a f***ing thief. #chucklorre,” she wrote on Twitter.

Barr is saving up the jokes herself for an upcoming show of her own — she recently inked a TV deal to develop and star in a new series for NBC.

This isn’t the first time Barr has gone off on Lorre. At this summer’s Comic-Con, she revealed that she had fired Lorre from Roseanne because he drank too much and that she’d refused a guest spot on Two and a Half Men because she thought the script was “putrid.”

In 2011, she defended Charlie Sheen in his feud with Lorre, writing on her website, “those s*** chuck lorre lines could choke a f***ing horse, and render any actor who recites them stone cold soul dead. No grown man could really look himself in the mirror knowing that he delivers s*** jokes and adolescent sniggering over breasts and women’s body parts lines to the Tea partier types who are big fans of Chuck’s hilarious hijinx.”