Lauryn Hill was released from prison on Friday morning and she’s already back to making music. Her new single “Consumerism” dropped on the eve of her exit. 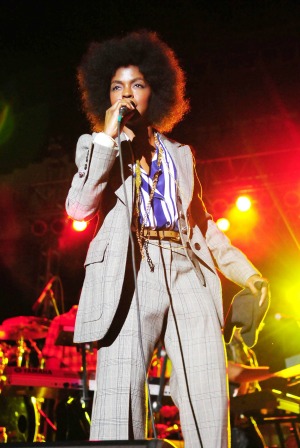 It looks like Lauryn Hill was sprung from the slammer a little early thanks to good behavior. The musician served close to a three-month sentence for tax evasion. She was released on Friday morning from the prison made famous in Netflix’s series Orange Is the New Black.

The former Fugees singer was serving time for failing to pay her taxes on income earned between 2005 and 2007. She owed more than $1.8 million to the IRS. In addition to fines and penalties, she had to serve 90 days in jail along with three months of house arrest, which begins today.

To commemorate her release from prison, she released a new single called “Consumerism.” On her Tumblr page on Friday, she shared what the song is about.

“‘Consumerism’ is part of some material I was trying to finish before I had to come in. We did our best to eke out a mix via verbal and emailed direction, thanks to the crew of surrogate ears on the other side.”

Hill clearly used her time behind bars wisely. Before her sentencing she also inked a deal with Sony who gave her $1 million for five new songs, including “Consumerism.” The Grammy winner is set to receive even more funds for a new album, Letters From Exile.

She wrote, “Letters From Exile is material written from a certain space, in a certain place. I felt the need to discuss the underlying socio-political, cultural paradigm as I saw it. I haven’t been able to watch the news too much recently, so I’m not hip on everything going on. But inspiration of this sort is a kind of news in and of itself, and often times contains an urgency that precedes what happens. I couldn’t imagine it not being relevant.”

Now that she’s free, Hill will be sharing lots of music with her fans. Let’s just hope she remembers to pay those taxes.