Simon Cowell’s longtime intimate Sinitta is speaking out about aborting the mogul’s baby long ago, and what their relationship is like today. 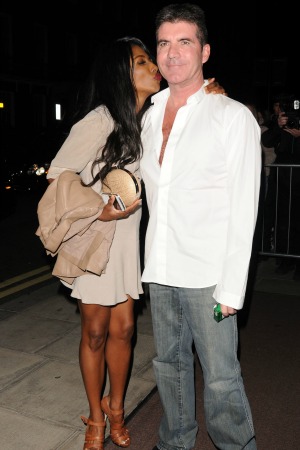 The X Factor star Sinitta has talked about her long-ago abortion before, but is now speaking out to give the straight facts about what went on between her and Simon Cowell — and how she really feels about his impending fatherhood.

In an interview with The Sun, Sinitta — one of a bevy of beauties Cowell is tied to — went through the history of a dark time in her relationship with the music mogul and what her life is like today.

“I’m not having a breakdown — I’m tired, frustrated, upset and angry,” she told the paper.

Simon Cowell excited to be a dad >>

“People are saying I aborted Simon’s baby in 2009 and that he only found out the other day. That’s all lies — I’d never do that to him. It was in the 1980s, not 2009, as by then I was already aware that I couldn’t carry a child full term,” said the singer, who went on to adopt three children with another man.

“It was a long time ago when we were both young. Simon was very concerned and by my side. It was upsetting and it was something very difficult that we dealt with together. It’s such a heartbreaking thing to go through. It was devastating for both of us.”

Simon Cowell caught in the act with baby mama by ex >>

“Reports saying this was something Simon knew nothing about and that I did it behind his back to hurt him and that he is devastated and is exiling me are vile,” she said. “He’s not furious with me, he is furious that I have to go through this. But I have to clear my name.”

Sinitta admitted that she still held out hope she and Cowell could build a family together, all these years later.

“I have always admitted I wanted to marry him and have children with him — not just because I love him, but because I thought I would be good for him. Over the years I did say maybe we should have a baby now because we’re older and things are different — but he did not want one and instead we got puppies,” she said.

“I think he thought he didn’t want children and he would never want children. And I believed him. I still wanted them, so that’s why I kept asking. I thought that one day we would have them.”

Despite the fact that Cowell is now having a child with another woman — socialite Lauren Silverman, to whom Sinitta said she was so close they were like sisters — she is happy, not devastated.

“I didn’t cry when I heard and I certainly didn’t cry, ‘It should’ve been me.’ That’s a comedy sketch, not real life,” she said.

“If I was single, childless and still in love with Simon I would probably be jealous,” she said. “I still love Simon but I’m not ‘in love’ with him. I haven’t been in love with him for two or three years. I’m in a relationship with someone else now.”

Still, she admits “seeing him with Lauren is a big adjustment. It would have been the same if it was a girlfriend. You’re seeing someone almost like a completely different person.”