Jane Fonda has had immense success during her film career and received numerous awards, but now the 75-year-old actress can add another to her list — the American Film Institute’s 42nd Life Achievement Award. 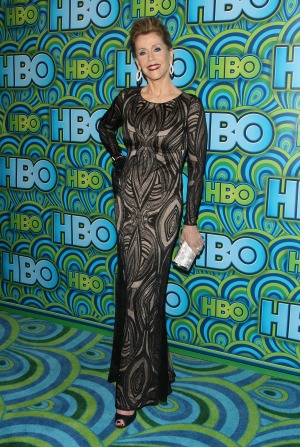 Jane Fonda will be honored with the American Film Institute’s 42nd Life Achievement Award for her career longevity and success — having starred in a great number of classics and more than 40 movies since her film debut in 1960.

The 75-year-old actress still manages to land popular roles, most recently in The Newsroom and Lee Daniels’ The Butler, but the actress gained the hearts of the American people, when she won two Oscars for her outstanding performances in Klute (1971) and 1978 Coming Home (1978).

A statement was released on Thursday by the American Film Institute chairman Howard Stinger, in which he explained why the board decided to choose Fonda for the honor — which will be presented to the actress next year, during a lavish gala tribute on June 5, 2014, in Los Angeles.

The award ceremony will then be televised later that month of TNT and followed by Turner Classic Movies.

Stringer’s statement referred to the Georgia Rule actress by saying, “Jane Fonda is American film royalty. A bright light first introduced to the world as the daughter of Henry Fonda, the world watched as she found her own voice and forged her own path as an actor and a cultural icon. Today, she stands tall among the giants of American film.”

In fact, Fonda will be continuing the family tradition with this prestigious career honor, as her father, Henry Fonda, was named the sixth-Greatest Male Star of All Time by the American Film Institute in 1978. She also is the eighth woman to receive the honor. Other female actresses who have been honored with the award are Bette Davis, Lillian Gish, Elizabeth Taylor, Barbra Streisand, Meryl Streep, Barbara Stanwyck and Shirley MacLaine.

Very big congratulations are in order for the wonderful Jane Fonda. Few actresses seem as deserving.