Melissa Joan Hart decided to come clean about her crazy past. And while Jerry O’Connell doesn’t deny what she said, he is offended by her name-calling. 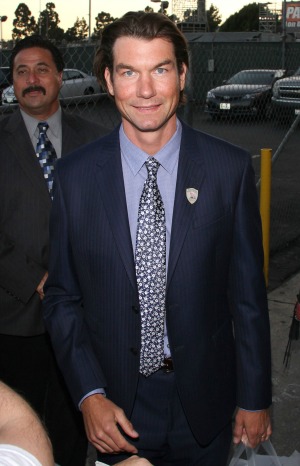 Jerry O’Connell has been in Hollywood a long time. And even though he is now happily married, there was a time when he was a strapping young man who attracted the ladies.

Melissa Joan Hart named O’Connell in her new memoir, Melissa Explains It All, as someone she once made out with. And although he doesn’t dispute that claim, the label O’Connell doesn’t agree with is her use of the term “man-whore.”

“I’m pretty sure we made out,” he told Watch What Happens Live. “I might be going back 15 years here. You know, I wasn’t selling my body for money. Isn’t that what a man-whore does?”

He is hoping to get off the hook by a technicality, but O’Connell does admit he had wilder days.

“I don’t remember specifics, but there’s a very good possibility that we mashed,” he said.

Both actors are now responsible adults with children of their own, so don’t expect any of those past stories to be true today. O’Connell’s wife, Rebecca Romijn, hasn’t yet commented on Hart’s new book, but O’Connell doesn’t seem to be taking it seriously at all.

The actor’s new show We Are Men debuted Monday on CBS to less-than-favorable ratings. But it doesn’t seem like anything can shock the actor after this long in the biz.

“Look, my shows get canceled very quickly,” he said. “I mean, if I were a betting man… “

Hart’s book also reportedly talks about drug use and other hotties she hooked up with, including Nick Carter. She also mentioned one very big star she never got along with. Melissa Explains It All will be out in stores on Oct. 29.