The Pretty Reckless is out with a new song that’s not what you’d expect based on their previous releases. But is it better or worse? 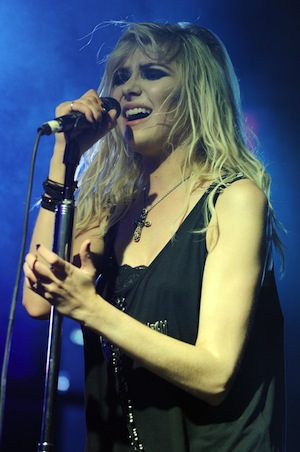 The Pretty Reckless is a band led by ex-Gossip Girl star, Taylor Momsen. Their freshman album, Light Me Up, was dark, honest and chilling in the sense that many didn’t believe the blonde, blue-eyed Jenny Humphrey could be so bad.

Need something good to read? Sign up for our newsletter to stay updated on all things music! >>

Singles generated have been consistent; shedding light that this striking blonde has real talent and may not be putting up a front but rather suggesting this is her identity and she’s just breaking free of any preconceptions.

The sophomore album Going to Hell is set to debut, but the release of it’s headlining track of the same name has me anxious.

Taylor’s ex-costar Blake Lively is getting older too, read about how she feels about it here >>

Would it perfect the sound we’ve come to love, or go entirely in a different direction?

Well, I’ve heard the track. And what is the answer?

It’s left me wanting more. More, because truthfully, I didn’t like it at first. It’s edgier, even darker and it’s lost the vulnerability factor I appreciated from their earlier work. She told Rolling Stone, “We’re really trying to come to something unique and different.” And she delivers on her promise.

“Going to Hell” was heavy on the rock side, and I wanted to know where Momsen’s head was when she developed the song. Her other quote to Rolling Stone probably encompasses her mentality, “Rock & roll needs to make a resurgence.” She’s definitely doing everything in her power, and her vocals, to ensure it does.

Taylor is known for things other than her music and acting, and it’s not all good >>

Do I like it as much as her old stuff? No. Could I grow to love it? Absolutely. She’s no longer a teenager, and she’s entirely comfortable with this skin. It’s as apparent as that heavy eyeliner. Regardless of any misgivings, listeners are left with the irrefutable talent that Momsen and her company possesses.

The band struggled to release the album amidst several interruptions, one of which being a natural disaster, Hurricane Sandy. Described as a phoenix of a single, as in Momsen herself said that it arose from the group’s “tragedy,” it’s got enough heart to move (or disturb) yours. The Pretty Reckless is currently on tour.