Michael Sheen has found new love with Carrie Keagan after the pair has been dating on the down low for just a short while. 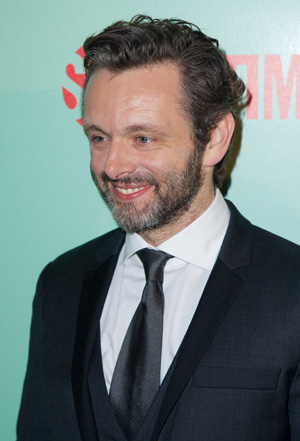 After his split from Rachel McAdams this past February, it looks like Michael Sheen is back in the game with a new girlfriend. The Masters of Sex actor has been quietly dating the VH1 Morning Buzz host, Carrie Keagan.

The pairing was confirmed by a source who told Us Weekly that Sheen and Keagan just began their relationship and are staying quiet about it for now. “She really likes him,” the source added about Keagan’s feelings for Sheen.

“Carrie was all over Michael like a smitten schoolgirl!” said an eyewitness who saw them at the Masters of Sex premiere at the Morgan Library and Museum in New York City on Sept. 26. “He would rub her back.”

Sheen had previously dated McAdams for about two years before they broke up in February of this year. The couple met on the set of their movie Midnight in Paris, although they did not date while filming.

“Michael and I didn’t get together while we were filming Midnight in Paris, which I feel strongly about not doing when I’m working,” she said in an interview with the Sunday Telegraph‘s Stella magazine last year. She said they were good friends first, which she felt was “a good way to start” a relationship.

Before her relationship with Sheen, Keagan gave hints at a romance with Aaron Sorkin, The Social Network director. The two took tons of photos cozying up to each other at the HBO Golden Globes after-party. However, they didn’t pose for any photos together at the red carpet of the awards ceremony.

An insider close to Keagan said at the time that she and Aaron “have known each other for a really long time — but have been spending more time together recently.”

Sheen was also previously married to Kate Beckinsale for eight years and shares a 14-year-old daughter, Lily, with the Underworld star.