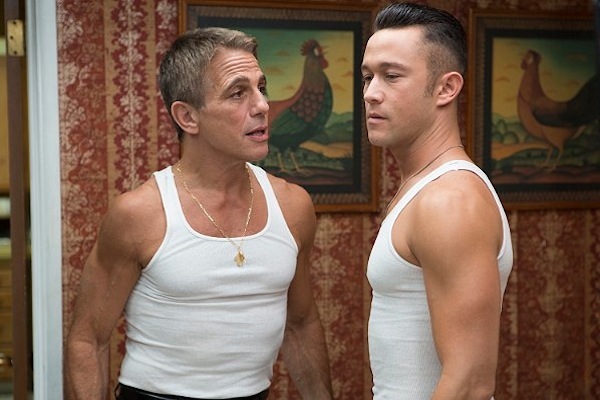 The movie compares Don’s fictitious view of women’s sexuality with character Barbara Sugarman’s (Scarlett Johansson) exaggerated sense of romance she derives from romantic movies. Don Jon thoughtfully poses the question: how much of our love life is real and how much is fantasy?

But Joseph Gordon-Levitt didn’t turn into a writer/director overnight. Most of us know that he’s been acting since he was a kid, most likely picking up writing and directing tips along the way.

Here, in one of his first acting jobs, Jon the Don goes cuckoo for something very different than naked ladies. Find out what he wants you to put in your mouth.

In this TV commercial, little JGL advocates not for hot sex, but for a hot breakfast. Now, doesn’t that hit the spot, kiddo?

In the next promo video, a young Joseph Gordon-Levitt encourages the youth of America to engage in some pretty tantalizing tongue tricks. Watch to find out what he wants you to try with your fleshy lingual organ.

Way back in 1994, Gordon-Levitt starred in the family-friendly film Angels in the Outfield. Also starring with him, was Tony Danza, who now plays JGL’s working class father, Jon Martello, Sr. in Don Jon. Take a peek at the film’s trailer to see some angels who are quite different than the Victoria’s Secret kind.

Don Jon is currently in theaters.