Amanda Bynes has had a whirlwind of a year, but her mom said not all you read is true. She’s trying to clear the air about what has and hasn’t happened to her daughter. 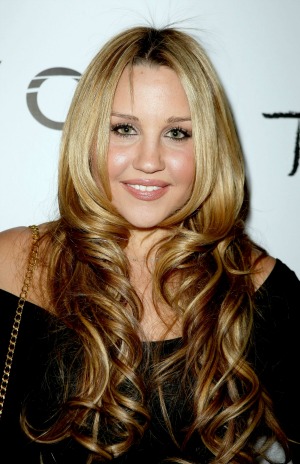 With every detail of Amanda Bynes‘ meltdown being documented in the media, one person who has never said anything about the drama is Bynes’ mom. Lynn Bynes is finally speaking out on her daughter’s situation, and said it’s important not to believe everything you hear.

“I would really like everyone out there to know that almost 99 percent of the things written about my daughter in various media outlets are false or misleading,” she told People.

“Unless it’s a statement issued by our family attorney, Tamar Arminak, please take everything you read about Amanda with a grain of salt. Please know that neither myself or other family members have ever released any information regarding her treatment or diagnosis. We truly believe in keeping our daughter’s situation private for now.”

Bynes’ lawyer did release a statement on Tuesday, saying the actress has been moved to a different treatment facility, but didn’t elaborate on where that new facility was. The reports said she had been moved from the UCLA Medical Center to a facility in Malibu.

“Amanda is making great strides towards recovery,” Arminak said in a statement. “The entire Bynes family would like to ask that they be given some measure of privacy so they can focus on Amanda’s health and well-being.”

Amanda Bynes has had quite the year, starting with multiple alleged DUIs/hit-and-runs over a few months. More recently, Bynes got herself in trouble again when she lit a fire in a neighbor’s driveway.

“We appreciate everyone’s heartfelt support and we hope that she can get some privacy and the respect she deserves during this trying time,” Bynes’ mom added. “Both my husband and I love Amanda very much and we know that she will get through this situation.”