Jennifer Lawrence may be the second-youngest actress to win an Oscar and is seriously talented, but her career has not been without its critics and bullies. 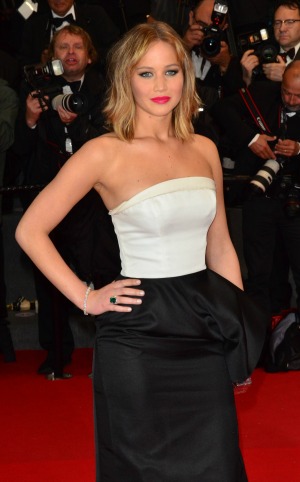 Hollywood can be a nasty place filled with overly image conscious individuals and while Jennifer Lawrence is a seriously popular and talented young star, her rise to stardom was not quite as glamorous.

We first took notice of Lawrence’s talent when she was announced as the lead role in The Hunger Games, and since then the actress has been plagued with people constantly commenting on her weight.

The Oscar-winning actress is actually a very normal weight, but has often been branded “chubby” and “fat” and was even forced to adhere to a strict diet on one of her first films.

The Hunger Games star has addressed the “fat” issue, when she told Marie Claire South Africa, “I’d rather look chubby on screen and like a person in real life.”

The 23-year-old actress recently appeared as Harper’s Bazaar U.K.‘s cover girl and revealed her issues with Hollywood bullies to the publication.

“I was young. It was just the kind of s*** that actresses have to go through. Somebody told me I was fat, that I was going to get fired if I didn’t lose a certain amount of weight.”

”They brought in pictures of me where I was basically naked, and told me to use them as motivation for my diet. It was just that. [Someone brought it up recently.] They thought that because of the way my career had gone, it wouldn’t still hurt me. That somehow, after I won an Oscar, I’m above it all.”

Amazing that even after Lawrence has proved her talent; certain people still focus on her weight and feel the need to make cruel comments about it.

Lawrence continued to address the “fat” jibes, adding, “Yeah. I was a little girl. I was hurt. It doesn’t matter what accolades you get.”

However, now that the X-Men star has had a chance to grow up, she knows that she will not let the industry bosses force her into changing her image again. “I know it’ll never happen to me again. If anybody even tries to whisper the word ‘diet’, I’m like, ‘you can go f*** yourself.”’

Lawrence faced criticism again when she won an Oscar for Best Actress in February, making her the second-youngest actress to ever win. While this may have been a time for celebration and elegance, the poor star was so shocked and uncomfortable with her win that she not only tripped up the stairs, but also began stuttering.

Lawrence recalled the humiliation of that evening, “[Another person said] ‘Other people are getting up and owning the stage and you sound like a stuttering idiot. Pull it together.’ And I said, ‘I’m not doing it on purpose, I’m uncomfortable and when people get uncomfortable they resort to their s***.”

Regardless of what harsh words the Silver Linings Playbook actress may receive, she deserves every bit of her success and has just started filming for The Hunger Games: Mockingjay — Part 1 alongside Liam Hemsworth — in fact the pair were spotted getting cozy on set this week.

Could a new romance be in the cards?