Canadian rapper Drake has something to smile about. His latest album, Nothing Was the Same, debuted at the top of the Billboard chart. 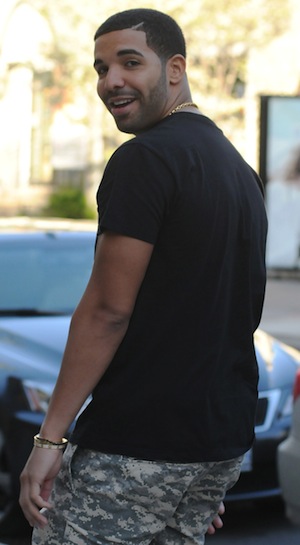 Once again, Drake is the king of the charts. The rapper’s latest album, Nothing Was the Same, debuted atop the Billboard 200 selling 658,000 copies. It spawned the second-largest sales week (of 2013) behind Justin Timberlake‘s The 20/20 Experience (968,000), which was released back in March. That’s an impressive feat.

Nothing Was the Same marks Drake’s third straight number one album. His debut, Thank Me Later, topped the chart with 447,000 in 2010. The next year, he returned with another bestseller called Take Care. It also debuted at number one with 631,000 copies. That makes Nothing Was the Same‘s 658,000 Drake’s biggest opening to date.

New Kings of Leon album due out in September >>

Drake isn’t the only one feeling the love. It’s been a big week for music in general. Billboard’s top three albums were all new releases. Following Nothing Was the Same is Kings of Leon’s Mechanical Bull with 110,000 albums sold. And coming in third is Cher with her highly-anticipated return Closer to the Truth. The album moved 63,000 units with its debut.

Cher is “Dressed to Kill” for her new tour >>

What do you think of this week’s big sellers?