Daniel Radcliffe opens up about his drinking problem and why he wanted to put the boy wizard behind him for good. 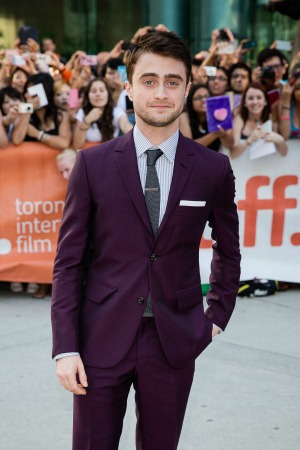 Daniel Radcliffe grew up before our eyes as the title star in the Harry Potter franchise. However, the boy wizard was something the British actor wanted to forget for a time period, so he took to the bottle to drown his troubles.

In a new interview with New York Times Magazine, Radcliffe talks about how he asserted his independence from his parents at the age of 17 because he felt “entitled.” That entitlement led him down a dark path that started with smoking.

Daniel Radcliffe has a huge crush on Katy Perry >>

He shared, “I can be honest about this now, because I know my parents know — but I wanted to smoke. I was hiding it like a fiend.”

That slippery slope eventually turned into a problematic drinking issue.

I became a nuisance,” the 24-year-old actor revealed. “I became the person in the group who has to be looked after.”

Radcliffe was great at hiding his drinking problem from the ever-present paparazzi even while living in New York and starring on Broadway in Equus. He hit rock bottom in August 2010 after a night of drinking which caused him to black out. The Brit woke up with bruises and no idea as to what had happened the night before.

It was then that Radcliffe made a dramatic change and quit drinking.

He explained, “I wanted to close the gap between the real me, what was going on in me, and the person that people perceived.”

While he no longer drinks, he does have a few vices including chain-smoking, Diet Coke, pizza and cheeseburgers. It sure beats a hangover.

Radcliffe will next be seen in Kill Your Darlings which opens on Oct. 16.