Mandy Patinkin is on the cover of Michigan Avenue and his interview makes him all the more lovable. 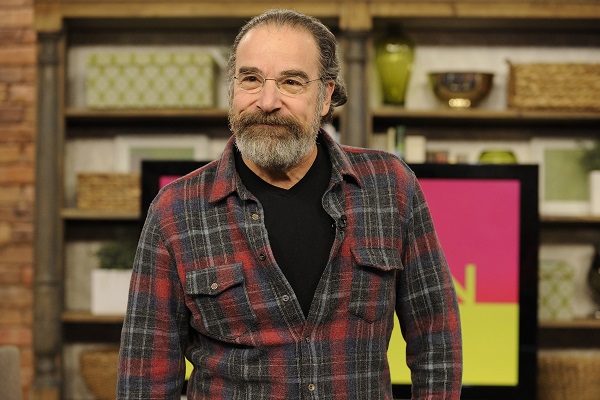 Michigan Avenue recently earned the enviable task of interviewing and photographing the legendary stage and screen actor, Mandy Patinkin. He opened up about his life, his family and what drew him to Homeland. It’s his connection and love for Claire Danes that caught our attention, though. Who knew such an skilled and well-loved actor could be so humble and intent on sharing the spotlight with his co-star?

When asked what he loves most about his role on the show, Patinkin said the same thing Homeland fans have been saying for years: Saul’s relationship with Carrie. Patinkin expanded on that answer and gushed profusely over his co-star, Danes.

“I love the connection that he has with this child, Carrie Mathison, played brilliantly by Claire Danes,” he answered. “I love the connection. I love being with Claire. I love her artistry. I love her humanity and the love Saul has for her and his faith in her and the symbolism that she holds for him in terms of the prayer for peace he wishes for all humanity.”

He went on to explain that their deep-rooted desire for peace is exactly what brings the two analysts together.

“That to me is the real connection issue,” he said. “It is his love for humanity, for the human race and his belief that this particular gifted soul named Carrie Mathison is the key to bringing peace to this world through her savant-like abilities of understanding human nature.”

Carrie and Saul truly are bonded in an almost unbreakable way. There are times when Saul comes across as an additional father figure to Carrie. At the same time, we’ve also witnessed times when he’s been more of a coach or a boss. Saul also doesn’t seem particularly ashamed of occasionally using Carrie’s mental health issues to help him work the case. He might love her, but he also appreciates what a tool she can be for the agency.

What’s most interesting about their bond is the sadness they share. Saul and Carrie might both be hopeful for a future peace and work towards that very outcome, but at the end of the day neither of them are particularly happy or upbeat people.

There’s a difference, though, in how we view their darkness. We spend each episode of the show watching Carrie spiral out of control and, let’s face it, enjoying it. With Saul, however, we continually root for him to win back his girl and finally find a way to have a more settled life with her. We love his surliness, but we want to see him smile.

For all the latest entertainment news and celebrity gossip, sign up for our newsletter >>

There’s one problem we have about his comments, though. If Saul is so connected with Carrie: Why the heck did he just throw her under the bus in the Homeland Season 3 premiere?!