Prince Harry and his girlfriend, Cressida Bonas, were spotted going on two dates together in the same week. 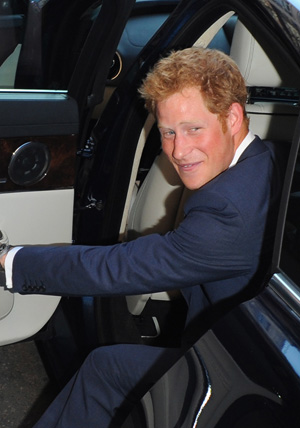 Prince Harry and his girlfriend, Cressida Bonas, are continuing their relationship after the two were spotted going on dates two nights in a row.

Further showing signs that they are together and going strong, Harry and Bonas hit the town for two consecutive date nights this week. On Monday, the pair was seen going to see an intimate concert by James Blunt at Notting Hill’s Tabernacle in London. Joining in on the fun were Harry’s cousin, Princess Beatrice, and her boyfriend, Dave Clark.

Other big names in attendance were singer Ed Sheeran, Graham Norton and Harvey Weinstein who were all there to promote Blunt’s new album, Moon Landing.

Then, on Tuesday night, Harry and Bonas were photographed while going to see a performance of Book of Mormon at the Prince of Wales Theater. The popular play is a religious satire that was written by South Park creators Matt Stone and Trey Parker.

While there, the couple appeared relaxed as they mingled with the crowd. Harry and Bonas looked like a regular good-looking and happy couple, dressed in very casual attire. Harry wore a white shirt and navy chinos with a blue sweater slung over his shoulder. The model and banking heiress looked chic in skinny jeans, a long blue shirt and a plaid, cropped sports jacket.

After briefly breaking up, the high-profile couple rekindled their relationship in February of this year. Reunion rumors were sparked when the British socialite joined the Royal family for a ski vacation in Switzerland.

Having claimed that it’s hard to find a girlfriend due to his high-profile status, Harry wants to keep Bonas out of the spotlight.

“He’s taking it week by week with Cressy, trying to keep her out of the limelight,” a pal told The Mirror. “They are very close but Harry is doing all he can not to put her under pressure.”