Girls scribe Lena Dunham has quite the way with words. The actress wrote a sweet love letter to her boyfriend… and now we’re inspired to do the same. 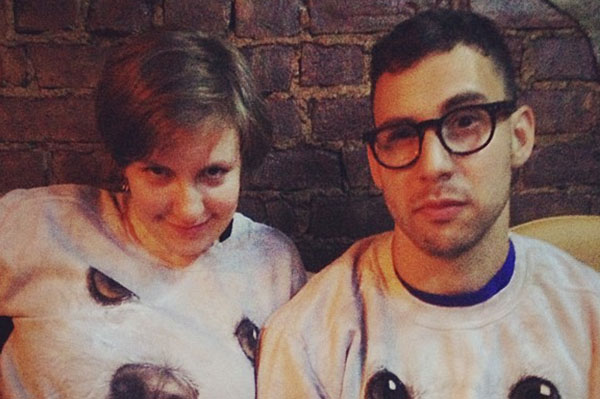 All we do is communicate, though we don’t really say anything. People — even ones in relationships — feel more isolated because, hey, it’s easier to write a text that says, “Where R U?” than to dial up your partner for a quick voice-to-voice connection.

So, how do we get back to intimate-partner communication in today’s go, go, go world? By following Lena Dunham’s lead. Yes, the actress who plays the relationship-challenged Hannah Horvath on Girls has something to teach us about relationships. Dunham — as part of artist Miranda July’s We Think Alone project — just released a love letter (OK, love email) that she wrote to her boyfriend last year.

In the October 2012 letter, Dunham tells fun. guitarist Jack Antonoff about her trip to India. The meatiest part of the note describes how she wants to know “everything” he’s ever seen.

I was walking through a beautiful Indian garden this morning (Lodi garden! The oldest in the city! It looks like if someone crushed Versailles with a giant Doc Marten) and passed a big green pond with a dozen disorderly swans. All the old people in my party were cooing about the swans but I was focused on this young couple, late teens or early twenties, curled up on a bench talking really animatedly. We spent 40 minutes walking around the garden and when we circled back they were still there, chatting like fiends. And And [sic] I thought of you, like always, and I felt I could spend four days on a bench with you and it wouldn’t be enough time to hear all the stories you have to tell — I literally want to know everything you have ever seen and what you felt like while you were seeing it. And I will be so much better my whole life for knowing those things.

So, what’s your takeaway from this? Long-form communication is not dead — and yes, you can use technology like Instagram, email and social networking to send your love.

Just try to make it longer than 140 characters.

Do you still write love letters? Sound off below!