Mia Farrow and her children are digging up some long-buried family secrets that Woody Allen would probably prefer stay forgotten. 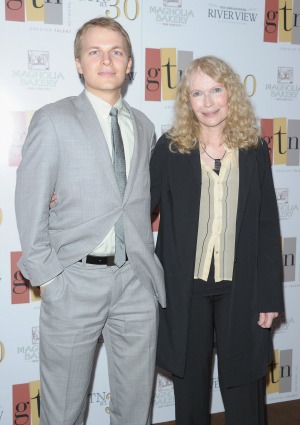 Woody Allen woke up to some gnarly press today. His ex-partner Mia Farrow gave a fresh tell-all interview with Vanity Fair, and in it she spills who might be the real father of their son Ronan — plus daughter Dylan details sexual abuse at the hands of the famed director.

Allen created a huge scandal when he left Farrow for Soon-Yi Previn, the actress’s oldest adopted daughter, and was accused of sexually abusing adopted daughter Dylan during the resulting custody proceedings. Allen denied the claims and was never charged with a crime, but he lost custody of the children. Dylan insists it happened, and reiterated it in Vanity Fair.

“There’s a lot I don’t remember, but what happened in the attic I remember. I remember what I was wearing and what I wasn’t wearing,” Dylan told the mag. “The things making me uncomfortable were making me think I was a bad kid, because I didn’t want to do what my elder told me to do.”

“I was cracking. I had to say something. I was seven. I was doing it because I was scared. I wanted it to stop.” For all she knew, she told writer Maureen Orth, “this was how fathers treated their daughters. This was normal interaction, and I was not normal for feeling uncomfortable about it.”

Elsewhere in the juicy article, Farrow hints the Allen might not be the father of their biological son Ronan, but rather her ex-husband Frank Sinatra, to whom Ronan bears an uncanny resemblance.

Nancy Sinatra Jr. refused to confirm or deny the claim, but told the mag, “He is a big part of us, and we are blessed to have him in our lives.”

As for Ronan himself, he addressed the rumor on Twitter with his usual humor.