Hayden Panettiere was engaged only months ago, but there are reports she may be hooking up with a co-star. But how much can we trust those rumors? 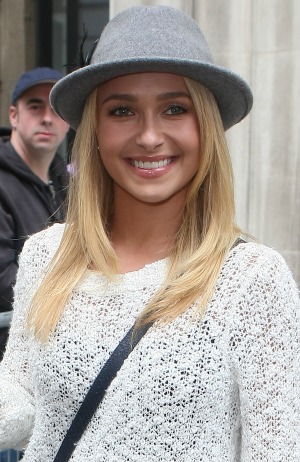 Uh oh. Hayden Panettiere is being accused of cheating with a very married co-star. Star magazine is reporting that Panettiere and Jay Hernandez have been something of an item on the set of Nashville.

“[Hayden and Jay] held hands and one of them almost always had their arm around the other,” a source reportedly told the gossip magazine. “Hayden never let Jay out of her sight. Most days, Jay would be done shooting his scenes hours before Hayden. But instead of going home, he’d wait for her and they’d leave together in her car. They openly kissed before driving off together. Everyone knew about it. Hayden was not discreet at all.”

However, the only sources to report the rumor are all gossip sites, including Star and Perez Hilton, so there’s likely very little truth to the reports. According to the source, the rumored hookup would have happened months before Panettiere would have become engaged.

Representatives for both actors denied any truth to the alleged relationship.

The actress plays a country music singer on the show with questionable morals, so fans might expect this from the actress. But it doesn’t mean it’s who she is in real life.

Panettiere has never admitted it, but she’s rumored to be engaged to longtime boyfriend Wladimir Klitschko, and Hernandez is married to fellow actress Daniella Deutscher.

The actress recently admitted to the amount of pressure she feels daily, but it looks like she channels that stress into healthy activities, like exercise.

“There is a lot of pressure that comes with it,” Panettiere explained to FOX411. “But there’s also the pressure to be a good role model for women and have a normal, healthy body.”

The new season of Nashville premieres Sept. 25, and may be followed up by a Nashville-themed tour.