Justin Bieber experienced The Great Wall of China in a different way than most. He did not walk up the historical landmark — instead, he was carried… 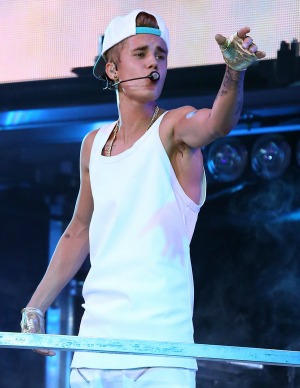 Being a teen pop sensation means you get certain perks in life. One such perk is if you don’t feel like walking, then you can get someone else to carry you.

Justin Bieber decided on a recent trip to the Great Wall of China that he was far too tired to walk up by himself and instead hitched a ride on the shoulders of his two gigantic bodyguards. Let’s hope those bodyguards are getting their money’s worth.

Bieber is on his Believe Tour, which sees him globetrotting around the world, and China is his current destination.

According to AceShowBiz.com, a fan snapped some pictures of Biebs during his adventures and his trip to the historical landmark on Monday. One such image shows what is believed to be the “Boyfriend” singer on the shoulders of two muscly men.

Twitter users decided to share their opinions about the singer’s divalike behavior, with one user finding humor in the situation, tweeting, “He is lazy like me haha.”

Another fan tweeted, “Justin, dude, you actually asked people to carry you? Someone’s going a little diva I see.”

Biebs was also spotted skateboarding in Beijing, with his security team sprinting behind him. At least it is a good way to get some exercise, right?

Do you think the pop prince’s fame has gone to his head? Or do you defend Biebs, and think he was just tired after all those late nights?