In the second episode of Agents of S.H.I.E.L.D., called “0-8-4,” the team has to save the world from a dangerous artifact, while simultaneously keeping it out of the hands of some bad guys and learning to work together. 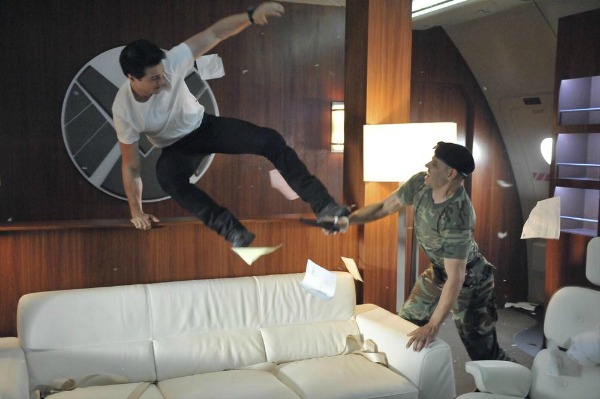 Well, it’s official: Agents of S.H.I.E.L.D. is a great show. Why do I feel the need to proclaim that? Well, because you just never know what a TV show is going to be like once it gets past the pilot stage. Plenty of shows out there have knocked it out of the park with their first episode and then gone on to fizzle out. No signs of fizzling here, folks.

The first episode of this series was mostly about getting the team gathered together, while this one was about them actually learning to work together. In my review of the premiere, I predicted that this group would turn into a family (because, really, how could they not?) and I was happy to see how fast that came into play. Coulson is everyone’s dad, May and Ward are the elder siblings, leaving Fitz, Simmons and Skye to squabble it out as the younger siblings. I loved the scenes with all of them arguing and fighting so much that I was almost sorry when they resolved it all.

In the end, the team came together to defeat Reyes and her cohorts and prevented the artifact from being stolen and possibly used for evil. Along the way, they learned a lot about each other. It was obvious from the beginning that there was more to May than her apparent clerical background and in this episode we learned that she was once a part of “The Cavalry” — a group of people so skilled that they were the ones sent in to rescue other, very skilled, agents.

In addition to all of the wonderful family moments, I also enjoyed the quips and one-liners. I was about ready to give Coulson the top prize for number of zingers, but then May woke up from the gas and suddenly she was on fire. I love that this show can make me laugh as much as it does, while still keeping me on the edge of my seat with the action. I predict that this is going to be one fun season.

“It’s gonna be blue skies from here on out.” — Ha! Famous last words.

“I’m calling this, but your frown will be on record.”

There we go with that “it’s a magical place” line again. Can’t wait until that mystery gets some more attention.

“Forgot I was working with ‘The Cavalry.'”
“Don’t ever call me that.”

“Should have taken more guns.”

Ward not wasting any more time and just pulling the thing out of the wall. Gotta love a guy who just gets down to brass tacks like that.

The move that Ward did before he set off that bomb thing. Very hot.

Ward and May screaming at the “kids” in the back seat to be quiet.

Everyone slowly backing away from the 0-8-4 after they realized what it was.

“Do you need anything before I go check on the device fueled by evil that’s in our cargo hold?”

Ward telling Fitz and Simmons that they didn’t have to come up with the whole solution, just part of it. Aw.

Coulson calmly informing Fitz that the crack they’d just heard was May dislocating her wrist.

Ward agreeing to be Skye’s Supervising Officer to turn her into a Field Agent.

Everyone agreeing that it was all of their idea to blow a hole in the plane.

“Guys, English.” — Something tells me he’s going to say that a lot in the future.

Skye responding to the message from other Rising Tide people. Uh oh.

Fury ripping Coulson a new one for wrecking his plane in only six days.

“Yeah, we’re going to have to kill the fish tank.” — Haha! I knew as soon as Fury said it, that Coulson was planning to build a fish tank.

What did you think of the second episode of Agents of S.H.I.E.L.D.? Did it live up to the premiere in your opinion?