Bad news, Simpson fans: Someone you (possibly) love is about to die. Who’s got the next plot at the Springfield cemetery? 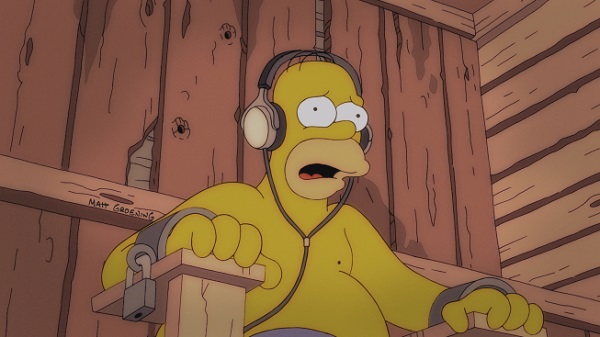 Prepare for a “touching” tribute to one of your favorite characters from The Simpsons. Executive Producer Al Jean recently told The Hollywood Reporter than another Springfield resident will get the axe some time in either Season 25 or 26.

The Simpsons are definitely one of TV’s most dysfunctional families >>

“We are doing this story for the same reason we do all others — we think it has a good emotional through line,” Jean told The Hollywood Reporter. “The story will be produced this year though it may air in Season 26.”

Jean is remaining tight-lipped about just who might soon be saying their last words. However, he did hint that it would be an Emmy-winning character. Or, rather, the character is voiced by an actor who won an Emmy for their part. That’s not much of a hint, really. The Simpsons have long reined as Kings at the Emmy Awards. Nearly all the actors who voice the Simpson family — Nancy Cartwright (Bart Simpson), Dan Castelleneta (Homer), Julie Kavner (Marge) and Yeardley Smith (Lisa) — have won Emmys for their roles. It seems incredibly unlikely that they would kill off one of the Simpsons, though. Instead, here’s a list of actors who voice Emmy-worthy characters:

There have been plenty of other great characters who have earned Emmy nominations for their actors. However, Jean stipulated that it was an Emmy “winner.”

Which character are you aching to see kick the bucket in some tragic and/or hysterical way? Tell us your The Simpsons hit list!

Don’t get buried at the water-cooler! Our newsletter will keep you up on entertainment news >>