Michael J. Fox left TV 14 years ago after his diagnosis of Parkinson’s Disease, but he says now he wouldn’t change a thing. 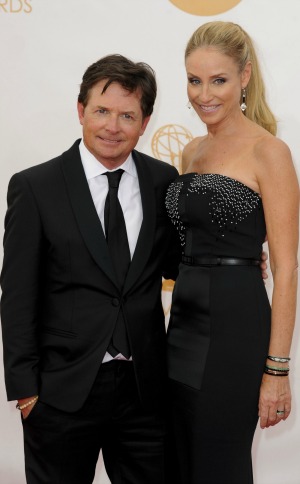 Michael J. Fox was a pop culture phenomenon in the 1980s and 1990s, first as Alex Keaton on Family Ties, then on Back to the Future and Spin City. But in 1999, he took a step back when he revealed he had been diagnosed with Parkinson’s Disease.

The actor has decided to make the leap back to TV, and is doing it on his terms. Fox told Rolling Stone he is “feeling good” about the return.

For his new series The Michael J. Fox Show, Fox plays a former TV anchor who quits because of a diagnosis of Parkinson’s Disease. His character looks to return to his career at the urging of his family.

The show started a bidding war between multiple networks.

Fox’s return to TV comes with the realization of who the actor has become because of his disease.

“My life is better than it was,” he said, according to the NY Daily News, “because I have access to these truths and access to these moments where I give myself a break and just go, ‘F*** it.'”

A lot has changed since that diagnosis, now almost 15 years ago. Fox recently revealed he turned to alcohol to deal with the disease in the beginning, but he now knows the situation has made him a better person.

He explained, “If I walked into a room with God or Buddha or Bill Gates or Sergey Brin or whoever could figure out a way to fix it for me, I don’t think I’d do it.”

The Michael J. Fox Show co-creator Sam Laybourne explained the sometimes-uncomfortable humor seen in the first episode, where the show focused on the disease.

“If we came out of the gates with a wackier treatment of what’s going on with Mike Henry’s life, and by extensions Mike Fox’s life, that would be jarring for folks,” Laybourne said.

Parkinson’s Disease is a part of who Fox is, but with his new show, he wanted to show it’s not the only thing in his life.

“It will mirror my own life, it’s not central to my life, it’s incidental,” he said, adding that, “It’s a sweet show, and it’s not trying to reinvent the form. It’s fun to be back.”

Fox will appear in the October issue of Rolling Stone.

9 mins ago
by Daisy Maldonado