While we don’t know her name yet, Tinsel Town has another little star. Rachael Leigh Cook and Daniel Gillies welcomed a daughter on Sunday. 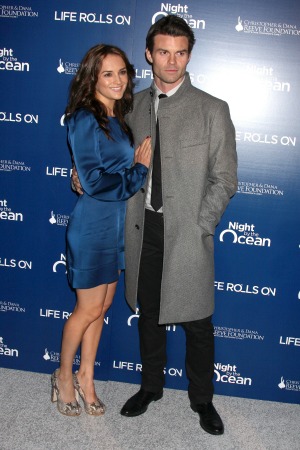 And baby makes three! Another Hollywood baby has made her way into the world as Rachael Leigh Cook and her husband Daniel Gillies welcomed their first daughter.

On Sunday, The Vampire Diaries actor shared the big news with his followers. He wrote, “It’s a girl. The tiny new empress of my everything. She’s immaculate. We’re delirious.”

The couple knew they were having a girl, but they kept the sex of their baby secret from their family and friends.

Cook told People blogger Marla Sokoloff, “We didn’t plan to [find out] initially, but my husband and I have largely been apart for this thing, which was very difficult on several levels, so finding out the sex seemed like a good way to make it all seem more real.”

The new parents announced that they were expecting in May. The duo has been married since 2004, but they definitely took their time as a couple before they decided to start a family.

The She’s All That star explained to the entertainment magazine, “We’re both people who like kids, but we weren’t jumping up and down, like, ‘Oh my God, let’s start that chapter of our lives.’ There was just so much more both of us wanted to do.”

In addition to their new daughter, the two actors are keeping busy with their careers as well. Cook will be headed back for Season 3 of TNT’s show Perception in 2014 while Gillies is starring in the Canadian television supernatural medical drama, Saving Hope.