Not everyone is a fan of their music, but everyone can be a fan of the way Zac Hanson reacted after an angry onlooker spit in his face. 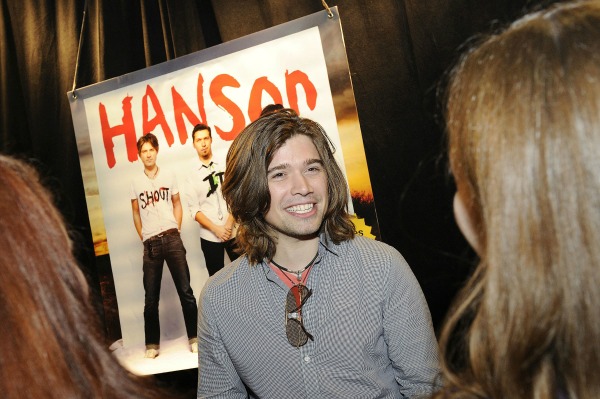 The Hanson brothers have been in the spotlight for most of their lives, so it seems like nothing ruffles their feathers when things go wrong. On Monday, Zac Hanson proved he’s got a great attitude when it comes to angry fans.

The band was in Seattle, Washington for a concert later that evening. A man tried to get on the brothers’ tour bus, but was kicked off by the youngest Hanson. Instead of walking away calmly, the man spit into Zac’s hair.

The whole incident was caught on video by a female fan who watched the whole thing go down.

She captioned the video on Instragram, “This a**hole snuck on Hanson’s bus then spit on Zac’s face.”

Zac handled the moment like a champ and even grinned at the crowd who watched it all happen. They can be heard on the video reacting in horror to the man’s actions. He slowly shut the door and didn’t get angry at the spitter.

The 27-year-old drummer even tweeted later to his fans, “Gonna be a good show tonight, I cleaned off all the spit and I am feeling ready to go!”

His supportive followers sympathized with the musician and he responded to their kindness.

Zac wrote, “I know u have my back. We can crush some fools another day.”

There is no word why the fan reacted in such a vile way, but it looks like Hanson got the last laugh. He hit the stage with his older brothers Isaac and Taylor exactly as planned.

Watch the video of the Zac Hanson spitting incident.