Jay Z is one of the biggest rap stars in the world, but only one of his fans really matters to him. His daughter Blue Ivy loves him, with no agenda. 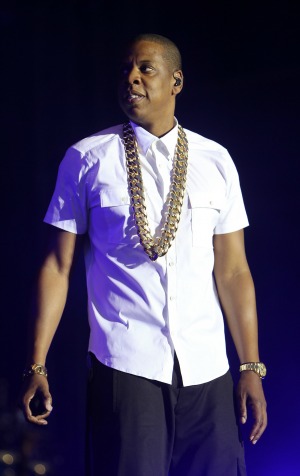 Jay Z has proven time and time again that he has millions of fans all around the world, but his biggest fan may be his favorite. The rapper finally introduced his daughter Blue Ivy to his music, 18 months after she was born.

“I don’t know if Blue ever heard any of my music prior to this album — she’s only 18 months old and I don’t play my music around the house,” Jay Z told Vanity Fair. “But this album was new, so we played it. And she loves all the songs. She plays a song and she goes, ‘More, Daddy, more. Daddy song.’ She’s my biggest fan. If no one bought the Magna Carta, the fact that she loves it so much, it gives me the greatest joy.”

Jay Z said he trusts his daughter’s opinion not just because she’s his daughter, but because she isn’t trying to impress him. This allows her to be “genuine” and “honest” about what she likes.

“She doesn’t know it makes me happy,” he explained. “She just wants to hear it.”

With all Jay Z’s successes, he has truly become a family man (although they may not be having another baby any time soon). He talked about wooing wife Beyoncé, and it doesn’t sound like it was easy.

“Well, you know, you’ve got to try first. You got to dazzle, wine and dine,” he explained. “But she’s a charming Southern girl, you know, she’s not impressed.”

The celeb power couple has gone through plenty of scrutiny since they began dating 12 years ago, but Jay Z tries to focus on the positive.

“It’s just so stupid,” he said. “You know, I felt dismissive about it, but you’ve got to feel for her. I mean, we’ve got a really charmed life, so how can we complain? But when you think about it, we’re still human beings.”