In case you haven’t heard, a rough cut of Miley Cyrus and Britney Spears’ “SMS (Bangerz)” song was leaked yesterday. And, well, let’s just say we think there are few other ways the ladies could collab that may fare better. 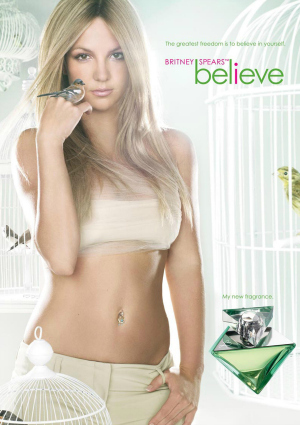 Well, now here’s an idea we can get behind. We know that Britney Spears has a knack for the perfume industry — she has nearly a dozen super-successful scents under her belt. Her first fragrance, Curious, broke Elizabeth Arden’s first-week gross for a perfume when the company launched it in 2004.

Her last fragrance alone, Cosmic Radiance, has already amassed more than $1 billion in gross profits. Clearly, she knows what she’s doing. Despite the running joke that Miley Cyrus recently put out a perfume called Twerk — rumored to be Billy Ray Cyrus’ tears in a bottle — the fragrance newbie would benefit from piggybacking on Brit-Brit’s already solid perfume fan base. We predict bottles shaped like dancing bears or unicorns.

Is Miley Cyrus pregnant? A list of potential baby daddies >>

A line of custom boots 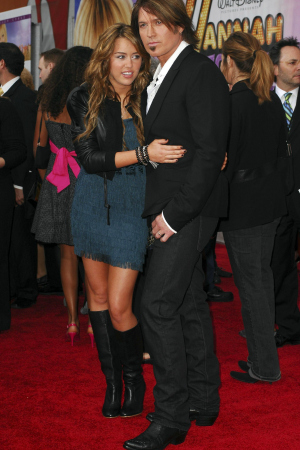 With Cyrus hailing from Tennessee and Spears’ hometown nestled in Louisiana, these girls are both Southern at heart, y’all. And do you know what every good Southern girl has at least one pair of in her closet (right beside her frayed denim cut-offs)? Cowgirl boots! Rest assured, though — these are not the clunking-through-the-muck boots of old worn by actual ranchers, rodeo riders and, um, Billy Ray.

Today, Southern belles plunk down major dough for custom styles adorned with pretty designs or intricate embroidery. They wear them with chic dresses in their colleges’ colors to tailgate at football games, and with jeans and hip blazers for girls’ night. Cyrus and Spears should put their thinking caps on to create the next “it” boot as opposed to “bangerz”-ing their heads against the wall with an Auto-Tuner. 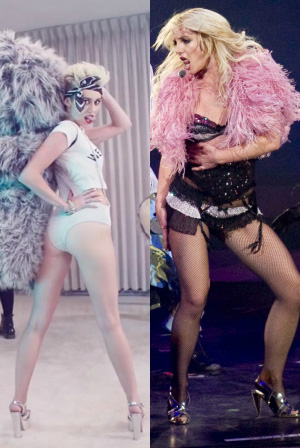 Everyone talks about how dancers have the best bodies, so it’s really no wonder dance-infused workouts are all the rage right now. We’ll cop to falling for the trend… we totally bought the Dancing With the Stars Latin Dance DVD. (Word of warning: Do not attempt to do the workout in heels because you want to look as sexy as Karina Smirnoff. You just don’t. And you’ll break your ankle.)

We all know that Cyrus and Spears both enjoy a style of dancing that is — how shall we say?  — decidedly adult, so we’re thinking their best bet would be something a tad scandalous à la Carmen Electra’s aerobic striptease. After all, we hear that twerking is great cardio — it’s a killer twerkout, ha ha.