Amidst the fall frenzy of new TV, ABC’s drama Betrayal was lost in the shuffle. It premiered low, with critic responses that aren’t much better. 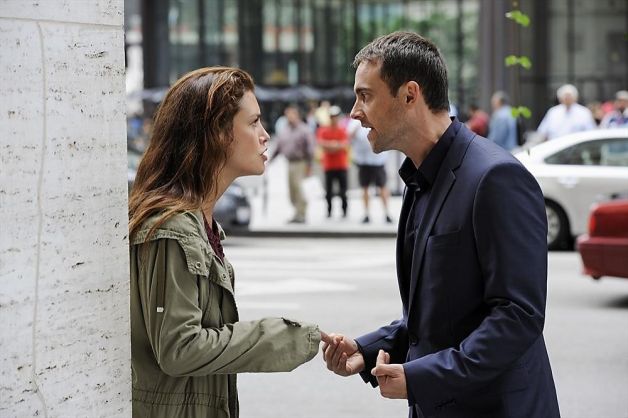 It’s turned out to be a great fall TV season. Sleepy Hollow, Marvel’s Agents of S.H.I.E.L.D. and The Blacklist would be enough to keep us going until spring, but we’ve only just started the premieres. There are still more to come! That doesn’t mean there weren’t some flops among the pack. The biggest disappointment so far this season seems to come from ABC’s Sunday-night drama Betrayal.

The ratings are in and the show premiered to 5.3 million viewers and a 1.5 demo rating. Ouch. You can compare that to Agents of S.H.I.E.L.D. which premiered to 12.1 million with a 4.7 rating, not including DVR and Hulu views, according to Variety.

10 things to know about ABC’s Betrayal >>

Betrayal follows Sara and Jack who meet and have an affair. Minus any sort of chemistry.

No really, that’s about it.

They decide after a short conversation that they’re the missing links in each other’s lives despite both being married to other people.

Betrayal tries to mix things up by setting up a conspiracy-type story line in the courtroom. Jack and Sara’s husband, Drew, are both lawyers. Though it isn’t interesting or suspenseful enough to even leave us curious.

The New York Times called the show an “unsurprising dynamic” with “generic-looking” actors. And that was on the nicer end of criticism.

According to The Hollywood Reporter, “Betrayal may be the most bland look at finding one’s soulmate in another’s husband or wife ever dreamt up.”

We have to agree with the verdict. This show appears to be going nowhere fast, which is disappointing considering the press leading up to the premiere looked so intriguing. Affairs are happening everywhere on TV these days. Nothing makes this one stand out. We don’t think it will be standing for long.

What did you think of the Betrayal premiere?