Iron Man, Captain America and the rest of the gang better watch out. James Spader is gearing up for his villainous turn in The Avengers: Age of Ultron. 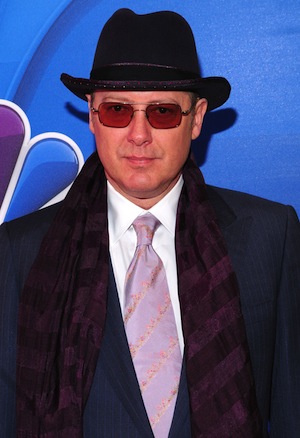 These days, James Spader is terrifying audiences as Raymond Reddington on NBC’s The Blacklist. It’s a great warm-up to his next role in The Avengers: Age of Ultron. The actor follows in the footsteps of Tom Hiddleston as the superheroes latest foe.

The Blacklist: No one is immune from suspicion >>

The Avengers is the third highest-grossing film of all-time. There’s a lot of pressure to deliver a worthy sequel, which includes a formidable villain. The film won’t hit theaters until 2015, but it’s well into pre-production.

Spader tells Inquirer Entertainment that he’s already making strides to get into his Ultron character.

James Spader will get robotic for The Avengers 2 >>

“I have spoken to Joss Whedon about it,” he said. “And yes, actually, just this weekend I went in for them to take very extensive photographs, head scans, body scans and all kinds of things in preparation for figuring out how the hell I’m gonna fit in this Ultron character!”

For those who don’t know, Ultron is an artificial intelligence with a hunger for power. It’s consumed with the idea of world domination. The Avengers and S.H.I.E.L.D. are the only things standing in its way.

In the comic books, Ultron is characterized as having a robotic body, which consists of adamantium. It’s the same indestructible metal used to coat Wolverine’s claws. We don’t even think Thor’s hammer can put a dent in that thing.

Some of its abilities include flight, mind control and hyper-intelligence. The Avengers really have their work cut out for them.