Amanda Bynes has struggled for the last few years with mental health issues. She takes one more step on the road to recovery by entering rehab. 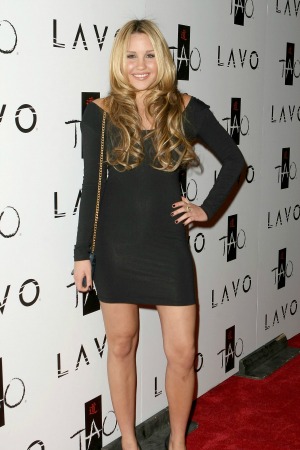 After most of the summer was filled with Amanda Bynes news, things quieted down once she was placed on a 5150 psychiatric hold in July. On Monday, TMZ reported a change in her status. Bynes has left the UCLA Medical Center, where she was receiving treatment, to enter rehab.

According to the gossip site, the former actress has entered The Canyon Treatment Center in Malibu, California. The move didn’t happen recently, though — it happened three weeks ago.

The 27-year-old’s parents, Rick and Lynn Bynes, responded to the initial reports that she had left the psychiatric ward via their lawyer Tamar Arminak. The lawyer claimed the move was based on the suggestion of her doctors and that the troubled star is making “great strides towards recovery.”

The one thing her parents’ lawyer was clear about was the type of medical care she was receiving.

Arminak said, “She is getting specialized psych care, one-on-one treatment, not drug rehab.”

It seems that the UCLA Medical Center was not a good fit for the Easy A star; she was uncomfortable with her living situation.

Lamar Odom holed up in drug den with two women >>

A TMZ source revealed, “Amanda was stuck with people in much worse condition than her. She was scared, afraid and did not leave her immediate room area.”

The move to The Canyon will be a good one for Bynes since the facility is close to the ocean with horseback riding activities and beautiful grounds.

Let’s hope Bynes’ recovery continues on a positive path. She’s still tackling her legal woes stemming from a 2012 DUI charge. Her lawyer has declared her mentally unfit for trial, but this will hopefully be the last of her run-ins with the law.