Kim Kardashian stole the limelight with her post-pregnancy appearance at Paris Fashion Week. However, baby North West was left at home. 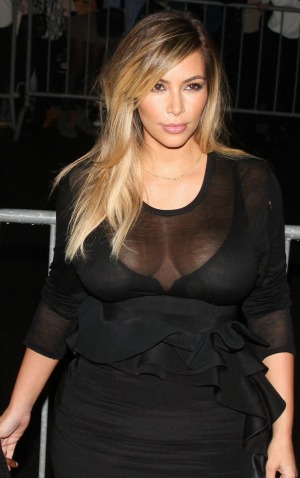 The world has seen very little of baby North West and it seems we won’t be getting a glimpse of her any time soon, as Kanye West and Kim Kardashian have left their baby behind on a trip to Paris.

Kimye touched down in the land of love on Saturday to experience all that Paris Fashion Week has to offer.

Since West and Kardashian are keen to be known as style icons, it is little surprise that the pair have traveled to one of the most prestigious fashion events.

According to reports from TMZ, the pair took a private jet from Los Angeles’ Van Nuys Airport to San Francisco on Friday morning before hopping on a commercial flight to Paris.

We are sure West wanted to avoid another run in with paparazzi, given his latest meltdown at Los Angeles International Airport, which has turned into a nasty lawsuit as the “Black Skinhead” rapper is being sued for criminal battery.

The fact that baby Nori’s dad is not popular with the press is perhaps a big reason why the tot was left at home during this trip.

A source told Radar Online, “Kim really wanted to take Nori to Paris but Kanye insisted that it wasn’t a good idea because of his issues with photographers. He thought it was too dangerous.”

“Kim had wanted to continue breast-feeding for another two months. She considered taking a breast pump with her to Paris and having either an assistant flying the milk back to LA or shipping it back by FedEx.”

“Kanye thought that was ludicrous, and as usual he got his way.”

The source continued, “He also wanted Kim all to himself for a few days. He said they needed to spend time together as a couple away from her family.”

Whether their tot was around or not, Kimye stole the limelight at Paris Fashion Week, as they sat in the front row at the Givenchy fashion show. Kardashian flaunted her curves in a beautiful black figure hugging peplum dress, which was designed especially for her by Riccardo Tisci.

Apparently, West wants to use this opportunity in Paris to revamp his girlfriend’s image. A source also told Radar Online, “Kanye has set up multiple meetings with Chanel, Celine and Givenchy to design a new post-pregnancy wardrobe for Kim. He thinks this is a prime opportunity for her to revamp her image.”

Kardashian later tweeted, “Thank you Ricky for making this for me the day before the show. I die for you. #Givenchy4lifebaby.”