She isn’t just a country queen. From haunted housewife to football mama, Connie Britton has taken the TV scene as the must-have redhead. Here are her most memorable roles. 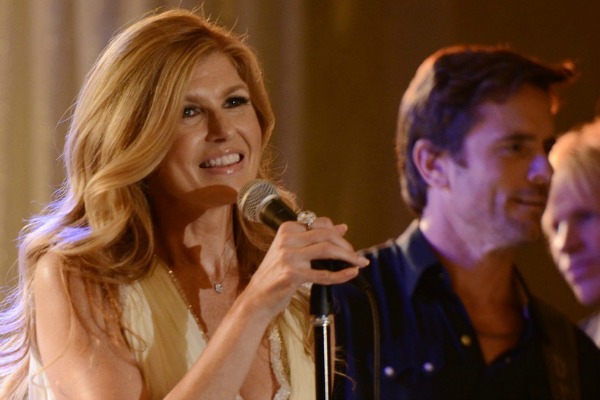 Nashville is back for Season 2 as of last week, with Connie Britton returning to the lead as country superstar Rayna James. That role would be impressive on its own, but the 46-year-old actress has garnered quite the resume of success in television.

After small stints on a few shows, Britton broke out on the TV scene and is now one of television’s biggest leading ladies. Here are her most memorable roles:

Do you remember this show starring Ellen DeGeneres? Before her talk show days, DeGeneres starred in this sitcom about a lesbian and former bookstore owner. Britton was featured only in a few episodes, but the show marked one of her first in television.

A few years after Spin City and a couple of TV stints later, Britton was cast in a handful of episodes of 24. She played Jack’s short-lived flame in Season 5. She was part of the show just before getting cast in Friday Night Lights. So long, short character arcs! Britton has been headlining shows ever since.

This show was something different for all of the cast involved. When American Horror Story came on the scene it was an instant success for its unique storytelling and wildly imaginative plots. Though Britton only starred in the first season, she helmed the success for seasons to come with some of the most memorable moments. (Demon babies, anyone?)

I don’t know about you, but my friends still talk about the greatness that was Friday Night Lights. I’m not even a big football watcher, and I still loved, loved, loved the show. Britton definitely made a name for herself during the five-season run. The show belongs in the top spot of Britton’s best.

Up next for Britton, it looks like she’s going to be breaking into the film industry. It’s about time!

Look for her in the upcoming Christmas film Angels Sing with Harry Connick Jr. as well as This Is Where I Leave You, which has an all-star cast, including Tina Fey and Rose Byrne.