Celebs tweet their love for, shock at, best guesses about and annoyance with Breaking Bad‘s series finale. 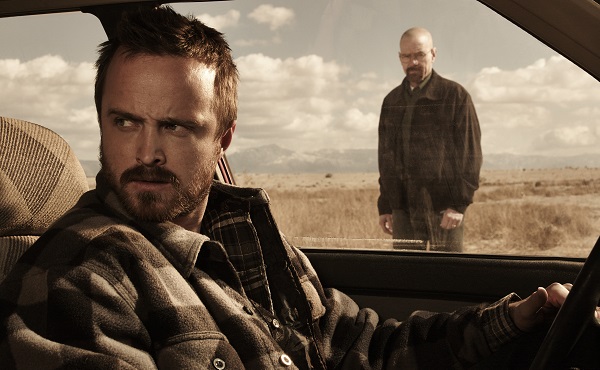 Obsessed with Breaking Bad? So is all of celebrity culture. We trolled Twitter just for you to find all the best celebrity reactions to the absolutely perfect series finale of Breaking Bad. Here’s what the stars had to say, B****.

Woot! Bryan Cranston returns to How I Met Your Mother >>

Sorry, Jessie Fans! Aaron Paul got hitched in the spring >>

(He was definitely watching Breaking Bad. We saw the tweet and the commercial at the same time.)

(There were a million of these. This is just our favorite. And, yes, that’s a Friday Night Lights reference.)

Did we get it right? Our Breaking Bad predictions >>

Finally, this dude isn’t a celebrity, but we found his tweet and think y’all might want to keep an eye on him. Things could get interesting… or really depressing.

Phew! What an intense hour and 15 minutes. What did you think of Breaking Bad‘s series finale? Was it everything you wanted? Tell us!