Season 3 of Revenge is promising to take the show in a whole new direction. This includes Jack’s return and Charlotte’s baby. Not to mention, someone shoots Emily within the first 60 seconds. 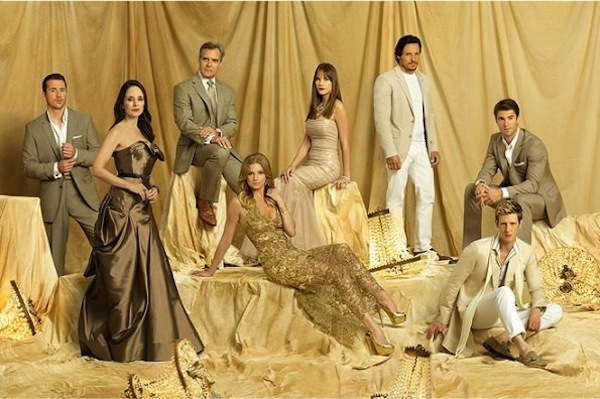 Revenge returns tonight! And Emily VanCamp, along with executive producer Sunil Nayar, spoke with Entertainment Weekly about the new season, which won’t look like the last. According to the article, Emily will be pushing for the end of her Revengenda! — emphasis on the word “pushing.” Just because she wants it to end doesn’t mean it will pan out that way.

Here’s what the two had to say in the interview on Season 3:

The new season picks up six months after the last ended. Jack will return with the start of the show, bringing all his anger and resentment with him.

“We do get to see the moment where they first see each other after he’s learned who she truly is,” VanCamp assures us. “It’s a really intense, awful moment between them because he has so much anger — and rightfully so. And I think you know in her wildest dreams she’d love for him to understand and is trying to make him understand, but you can’t make someone as pure as Jack understand this kind of anger and sadness that she has inside of her that’s fueling this whole plan.”

Maybe learning about Emily, though, will spur the understanding throughout the season? Jack’s had his fair share of tragedy, let’s not forget.

Nolan is also back

Nolan (Gabriel Mann) will be released from prison at the start of the new season and will run right back into Emily’s arms.

Plus, Nolan might actually break down Emily’s icy front this season.

Ashley will be leaving after the new season’s first episode — but she won’t be in a body bag.

“Ashley gets an epic send-off worthy of both the character and the actress,” says Nayar. “And I think it’s wonderful.”

Could this leave the possibility of a return for the actress?

Nayar explains, “We feel like there’s so many great people among [the cast] that to kill them, there’s an element of finality to it that we don’t want to embrace because we want all of these wonderful characters to come back.”

Conrad will be under the weather

At first, it may not seem like a big deal, but EW warns that Conrad’s health will add some sort of twist to the season, so don’t brush it off.

“I think you’re going to see, he’s been governor for six months, and he’s a fabulous governor. But he’s kind of been working under the pressures of the job and the pressures of coming home.”

Charlotte’s bun in the oven

Thanks to the baby, a new Charlotte is about to emerge.

“Having gotten pregnant, having lost the father of her baby, the journey we’ve taken her on in the last months [is] going to kind of transform her from the young girl we’ve known into the woman you’re going to get to know,” Nayar says.

But who shoots her? Well, it’s a flash-forward, so even VanCamp didn’t know when they first filmed the scene! Now, she’s more clued in and teases that it’s going to be a great moment. We’ll spend the season unraveling the details.

Season 3 of Revenge premieres tonight on ABC. Will you be watching?