Daryl Hannah has come forward and confirmed that she was diagnosed with autism as a kid. It’s the reason she left her big Hollywood career behind. 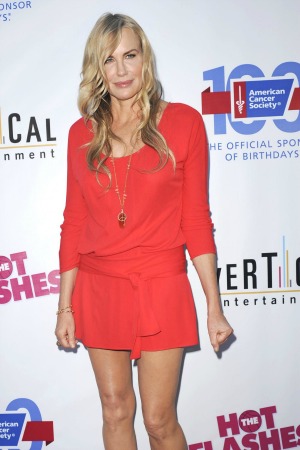 Daryl Hannah has revealed in a new interview why she dropped out of Hollywood after years of a successful career. She opened up to People magazine in an article about her struggles with autism and how that has affected her life.

According to the 52-year-old actress, she was diagnosed as a kid but kept her condition hidden from colleagues. At the time of her Asperger’s diagnosis, doctors recommended medication and institutionalization. However, she turned to the arts as a coping mechanism.

Losing herself in a role was easy, but the aspects of fame were terrifying for the young celebrity.

Hannah told the entertainment magazine, “I’ve never been comfortable being the center of attention. It’s always freaked me out.”

That fear combined with her shy nature often led her to refuse to promote the projects she was working on, even if she was proud of the film.

The Kill Bill actress revealed that it “was not because I was above it, but because I was terrified. I wasted so much time scared, self-conscious and insecure.”

Her focus in life has changed over the years, too. Instead of a career in front of the camera, she has opted to work in environmental activism.

Hannah explained that she’s “definitely not being offered the greatest roles in the world,” so it’s easy for that part of her life to take a backseat.

The Splash star seems at peace with her decisions and the direction her life has taken.

She also has “learned a couple of things that really would’ve made my life easier if I’d known them 20 years ago.”

She has settled into a farm outside of Los Angeles and has found a comfortable balance with her work and her personal life.

Hannah said, “Life is too short to stress the small things anymore.”