One of the most iconic characters in the horror film genre is back. Chucky and Jennifer Tilly are reunited on the big screen with their creepy romance. 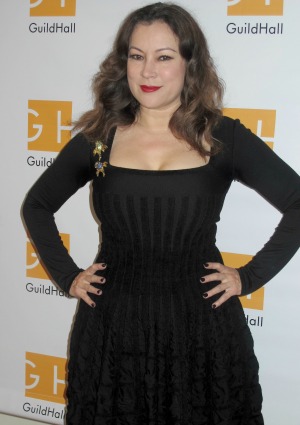 One of the campiest franchises of the last 25 years is back with a vengeance. Jennifer Tilly and Chucky are back together in a straight-to-DVD film with Curse of Chucky.

Fans of the Child’s Play franchise will be happy to know that the creator of the series, Don Marcini, and the original voice of Chucky, Brad Dourif, are back to terrify audiences all over again.

Horror movies: Why do we pay to be scared? >>

In a statement, General Manager and Executive Vice President of Universal 1440 Entertainment Glen Ross said, “It has been a quarter of a century since fans were first petrified by Toyland’s most lethal serial killer in Child’s Play. Now, twenty-five years later, the deadly legacy continues as Chucky resumes his disturbing reign of terror, delivering more of the blood-curdling scares and bone-chilling twists that have cemented his place as one of the world’s most legendary horror film icons.”

Tilly will be reprising her role as Tiffany, the girlfriend of Chucky. Fans know that Chucky was originally a creepy murderer and voodoo practitioner who transferred his soul into the doll.

The actress has played this role in two prior films: 1998’s Bride of Chucky and 2004’s Seed of Chucky. Her return to the series of horror films felt good to the Oscar-winning star.

She told USA Today, “I mean, it was like coming home again. The truth is out.”

The role is a juicy one for the character actress.

“It was really fun to drag out the push-up bra, the seven-inch heels and put on the blond wig again,” Tilly said. “Every 10 years or so they let me make another Chucky movie.”

Rose Byrne has a supernatural encounter >>

The new trailer teases the audience that they’re in for something sinister and evil as she puts Chucky in a box to mail him to a new family and potential victims.

While the role for the 55-year-old actress is only a cameo, she joked, “I have minimum screen time for maximum paycheck.”

One thing that’s true about Tiffany and Chucky is their enduring romance.

Tilly explained, “I think Tiffany will always be in love with Chucky no matter how horribly he treats her.”

Curse of Chucky is out on video on demand now. It hits Blu-Ray and DVD on Oct. 8.

Watch Jennifer Tilly in the Curse of Chucky trailer.