Buckingham Palace announced plans for the christening of Prince George today, and we only have to wait one month for a royally historic photo! 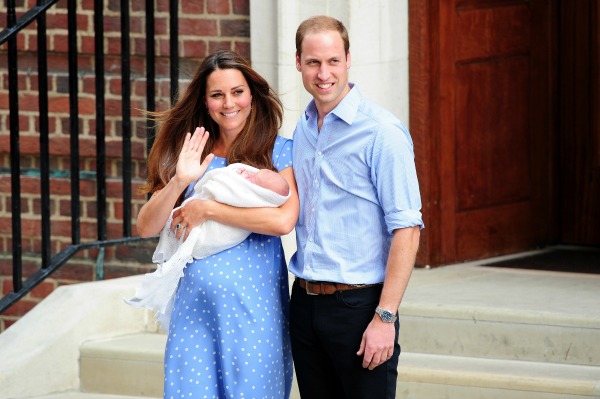 If you’re dying for new photos of adorable baby Prince George as much as we are, then you’re in luck: We only have a month to wait!

The palace announced today that the young prince will be christened in late October, creating a photo op that hasn’t occurred since 1894: a reigning monarch with three heirs to the throne.

“I am delighted to be invited to conduct the baptism of his royal highness Prince George,” the Archbishop of Canterbury said in a statement.

“It is a great privilege and honor and will without doubt be an occasion of immense joy and celebration. I am looking forward to welcoming him into the family of the church.”

The baby prince will wear a replica of the 175-year-old christening gown worn by generations of royals, including his father Prince William and grandfather Prince Charles. The gown is a reproduction of the one made for Queen Victoria’s eldest daughter in 1841, which at 172 years old is far too delicate for use. Viscount Severn, son of the Earl and Countess of Wessex (that’s Prince Edward and wife Sophie), first wore the reproduction in 2008.

Will & Kate’s Coat of Arms full of unicorn awesomeness >>

The Chapel Royal at St. James’s Palace has a long and storied history. First built by Henry VIII, it’s believed to be the burial site of Mary I’s heart and is where Elizabeth I holed up during the 1588 Spanish Armada invasion to pray. Queen Victoria and Prince Albert were wed in the chapel, and Princess Diana’s coffin rested at the altar before her 1997 funeral.

Will and Kate chose the location because it is “an historic, quite intimate chapel,” said a palace aide.

“It is something they have been thinking about for some time and they just very much liked personally.”

The last royal baby to be christened there was Princess Beatrice in 1988.