Leah Remini made enemies when she left the church of Scientology, but now their members are also upset with anyone who associates with Remini. This includes the show that invited Remini as a contestant. 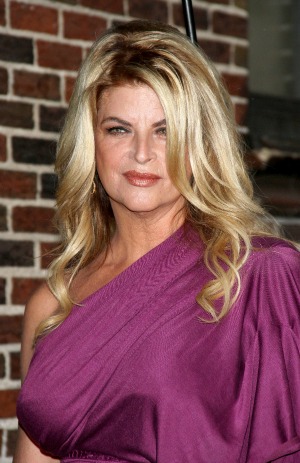 Kirstie Alley is not Leah Remini‘s biggest fan right now, and she is not afraid to share her disappointment in the King of Queens‘ actress’ defection from Scientology.

Alley recently denounced Remini for “spewing hate” about the faith, according to The Daily Mail. But now it looks like the actress is furious that Remini is a contestant on Dancing With the Stars.

The DWTS alum said she was “absolutely stunned” and “extremely betrayed” that Remini would be on the show she holds so close to her heart. She was also upset that the actress would talk about Scientology in a negative way during the show.

Radar Online reports that Alley was “livid that Leah made those comments about the church.”

“She couldn’t remember another religion being targeted and disparaged on Dancing With the Stars. Enough is enough, Leah needs to move on and stop talking about Scientology,” a source told Radar Online.

The church of Scientology released a statement about Remini’s comments on Monday, saying, “We know this may come as a surprise to someone as self-absorbed as Ms. Remini, but we could care less if she wins or loses on Dancing With the Stars.”

Dancing With the Stars: Who’s fresh and who’s flat >>

Ouch. It looks like the battle will continue on, for at least a little while longer. The source who spoke to Radar Online continued by saying Alley was so upset, she would absolutely not appear on DWTS this season if asked.

However, there are brighter things in Alley’s future. Besides focusing on Remini’s comments, she is also starring in her own show, Kirstie, premiering Dec. 4 on TV Land.