Our kings of comedy killed it this week. It’s Friday and let’s face it, mentally it’s already the weekend. We’re making your Friday a bit more excellent by providing you one-stop spoof shopping. 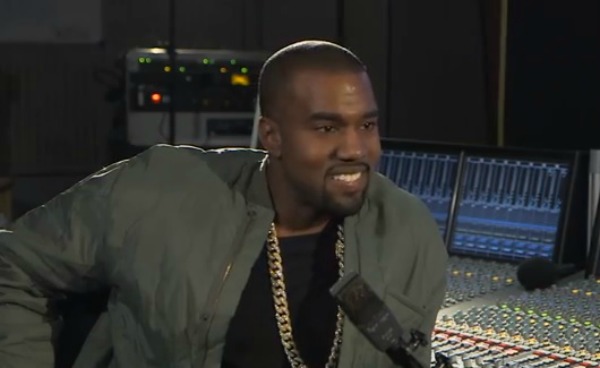 Earlier in the week, we really wanted to write about Kanye West‘s completely f’d up interview with the BBC, but we didn’t want to waste your time with his usual rhetoric. In sum, West came at us with the his trademark B.S. — he’s the No. 1 rock star on the planet, he’s a cultural movement (actually another kind of movement comes to mind when we think about West), he’s solely responsible for leather jogging pants, blah, blah, blah. It’s Kanye’s universe and we just live in it. Jimmy Kimmel noticed and made this hilarious parody. Now, he is having a baby fit through Twitter, driving home Kimmel’s point. Take a look at what started what Kimmel is describing as a “rap feud.”

OK, we thought our Justin Timberlake crush peaked when he “brought sexy back.” We’re not sure what this man is trying to do to us, but his recent music, performances and comedy have us wishing that he’d clone himself already and hook us sisters up. Here, Jimmy Fallon and Justin Timberlake take on the hashtag craze. #justinsasexybeast #funnys*** #cloneupalready #lololololol

Whenever Zach Galifianakis cranks out a new Between Two Ferns we get giddy with excitement. We know it will be awkward, inappropriate and funnier than hell. Justin Bieber was Galifianakis’ latest victim, and for as much trash talking as we like to do about Bieber, we have to hand it to him. He took the host’s digs like a champ and kept a straight face the entire time. We’re not even going to set this up with the brilliant one-liners in this episode of Between Two Ferns. We want you to enjoy it in its entirety — several times. Re-watch it so you can catch what he says at the very beginning.

We really wanted to feature a parody of Miley Cyrus‘ “23” video (after all, what would an entire week be without a Miley Cyrus video and the subsequent parody) but alas, there aren’t any worth sharing… yet. Mr. Forthright isn’t exactly famous, but he is hilarious. His website showcases his other works, like the book he wrote — How to Lose Weight Through Hibernation — where he talks about how he lost 900 pounds by sleeping. We feel his video on how to pretend to work at work is a no-brainer for your Friday.