Samuel L. Jackson says he will never kiss another guy on camera, not even for acclaimed director Quentin Tarantino. Here’s why the iconic actor is so hesitant to portray a gay man. 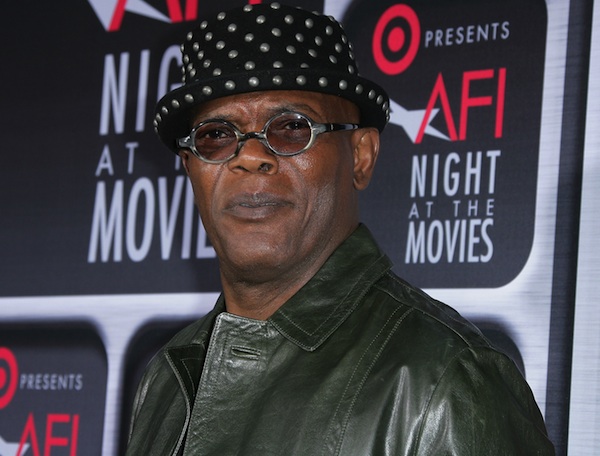 Samuel L. Jackson is an iconic movie star who often finds himself in the center of conflict thanks to his unwillingness to ignore racial tensions in Hollywood. And, despite Jackson’s historic career filled with controversial roles, he tells Playboy magazine that even he has limits to what he will do onscreen — and the answer may surprise you.

So just what is off limits for Jackson? The actor says any role that requires the actor to cross-dress and kiss a male co-star is just not going to happen — at least not that Jackson can foresee.

And while it’s a bit difficult to imagine Jackson dressed as woman — he says he’s concerned his fans would not respond positively to him as a cross-dresser — his decision took us by surprise.

“Probably dress up as a woman and kiss another guy. I don’t think people want to see me do that. [Quentin Tarantino] hasn’t asked me, but you know what? If it’s done right and the story is good, I might,” said Jackson to Playboy.

Did Samuel L. Jackson just drop the F-bomb on SNL?

Jackson didn’t elaborate on why the women’s clothing or the male onscreen kiss make him so uncomfortable. With graphic and sometimes brutal roles already a staple of his film career, like cruel Stephan in Django Unchained, the transition to a feminine character seems like it would be relatively easy.

And with mainstream film’s increasing acceptance of non-heterosexual characters, we think fans would appreciate Jackson’s amazing talent taken to such a restrained-but-crafted level.