Chelsea Handler is back on the dating market, according to reports. Let’s see if she jokes about it on Chelsea Lately anytime soon. 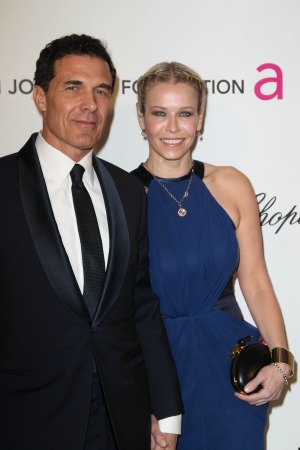 Chelsea Handler is single again. The talk-show host and her on-again, off-again boyfriend Andre Balazs have called it quits.

The hotelier and Handler have broken up before, but Life & Style sources are telling the magazine that it’s over for good.

The source revealed, “He’s been telling his friends they’re done. They’re definitely over.”

The couple, who lead very busy lives, had a long-distance relationship for years. Handler mans her E! talk show from the West Coast while the businessman runs his empire from New York City, making it hard for the two of them to dedicate time to the relationship.

The issue of distance was something that the 38-year-old TV personality had wrangled with before. She even admitted to Oprah Winfrey on Oprah’s Next Chapter earlier this year that it was tough.

“It’s just so hard, and it’s just so taxing,” she said. “But when you really want to be with someone, you can make that work — but you don’t want it to be uneven.”

Chelsea Handler on having kids: LOL, no >>

It definitely sounds like their relationship is on pause, but it remains to be seen whether it’s for good or just for now. The duo’s first split happened in November 2011 after dating for under a year, but they were back together within months of their breakup and have appeared to be hot and heavy ever since.

Handler had previous gushed about Balazs during her interview on OWN.

“I’ve met my match. We couldn’t be more opposite. I bring out the stupidity in him, probably,” she said. “We were talking about living our lives together, my boyfriend and I. We’ve broken up a couple of times and gotten back together, and we’re trying to figure out how to live a life together.”

Handler hasn’t commented publicly about the breakup with her 56-year-old business mogul, but she has plenty to focus on on the work front since her show was renewed through 2014.