Listing the worst celebrity plastic surgeries is too easy. So instead we decided to applaud the celebs who did it right. We turned to Dr. Richard Chaffoo, a triple board-certified plastic surgeon in La Jolla, California, who narrowed down the list to two. 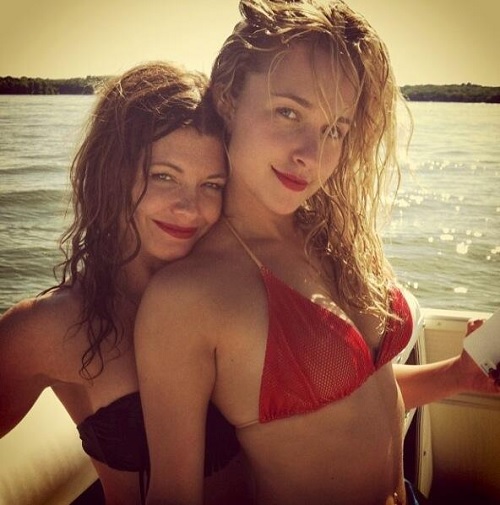 Good celebrity plastic surgery usually goes unnoticed and can be hard to spot but bad plastic surgery isn’t. In 2013 Hayden Panettiere hit the Miami beaches looking noticeably “mature.” Hayden has clearly undergone a breast augmentation, as evidenced by her fuller breasts with well-defined cleavage. The size is good for her body and probably would be unrecognized in normal clothing.

Backstreet Boy A.J. McLean underwent a hair transplant surgery earlier in the year. It appears he underwent hair surgery using an older method called the strip technique, where a strip of hair-bearing scalp is removed from the back of the head and leaves a long scar on the back and sides of the head as seen in the “before” picture.

The newest technique involves the extraction of hair follicles using a micro FUE (Follicular Unit Extraction) technique, avoiding a scar on the back or sides of the head, no sutures to remove and minimal manipulation to the grafts, unlike the strip technique. This is the preferred method for hair transplant surgery by most board-certified plastic surgeons.

His hairline also appears somewhat high. I would prefer a slightly lower hairline, which appears slightly more irregular and natural than one straight across.

Celebrity deaths 2013: Looking back, saying goodbye
50 Most shocking celebrity tweets of 2013
5 Most underrated songs of 2013